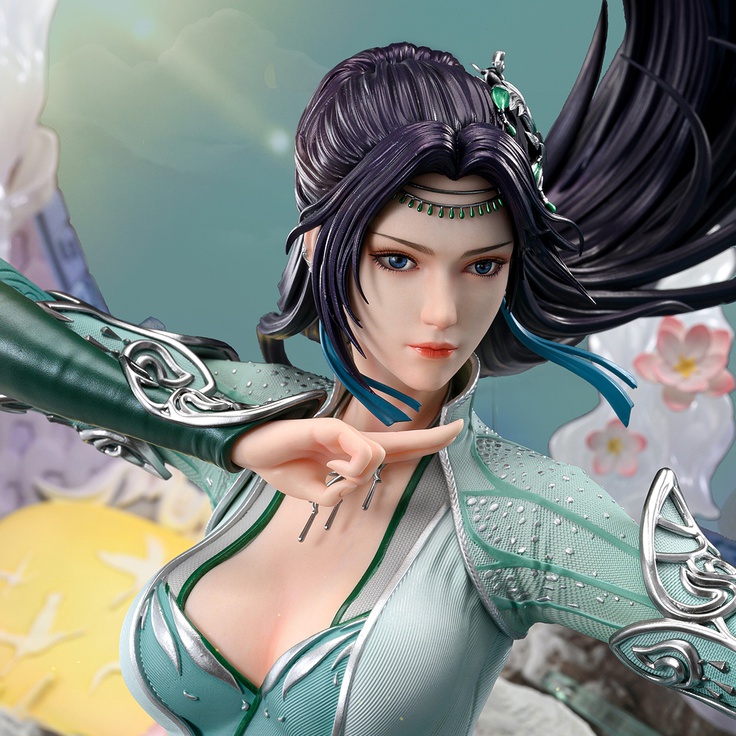 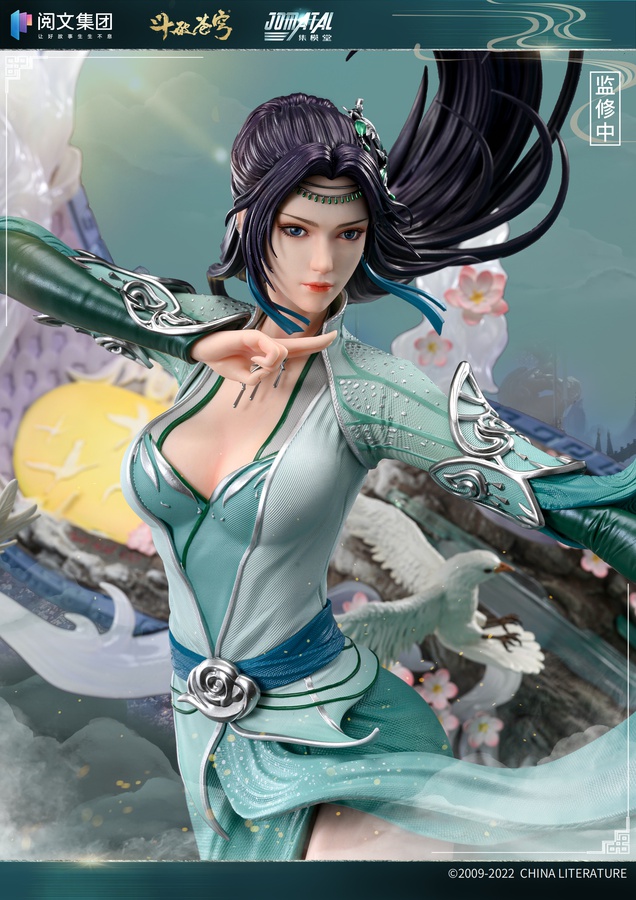 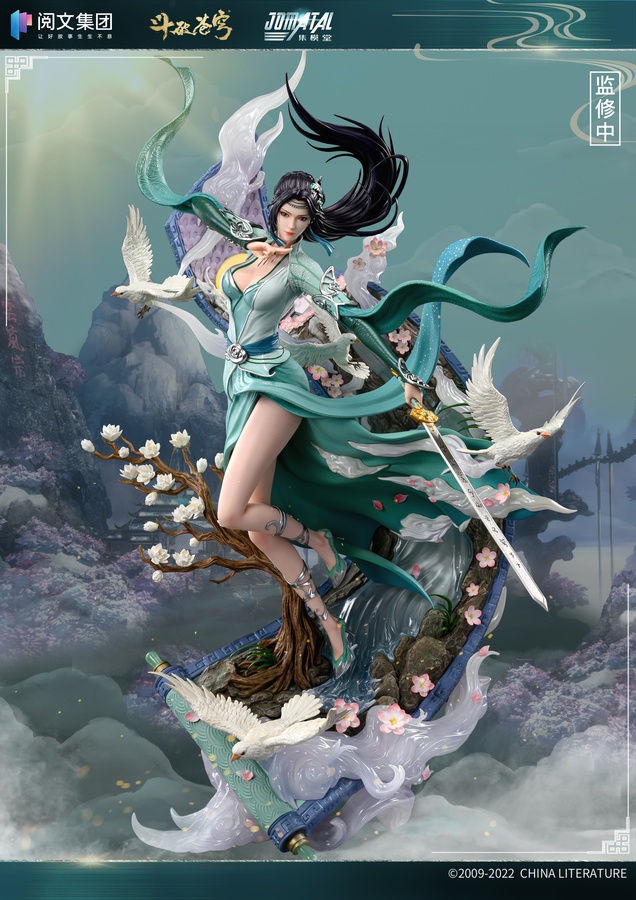 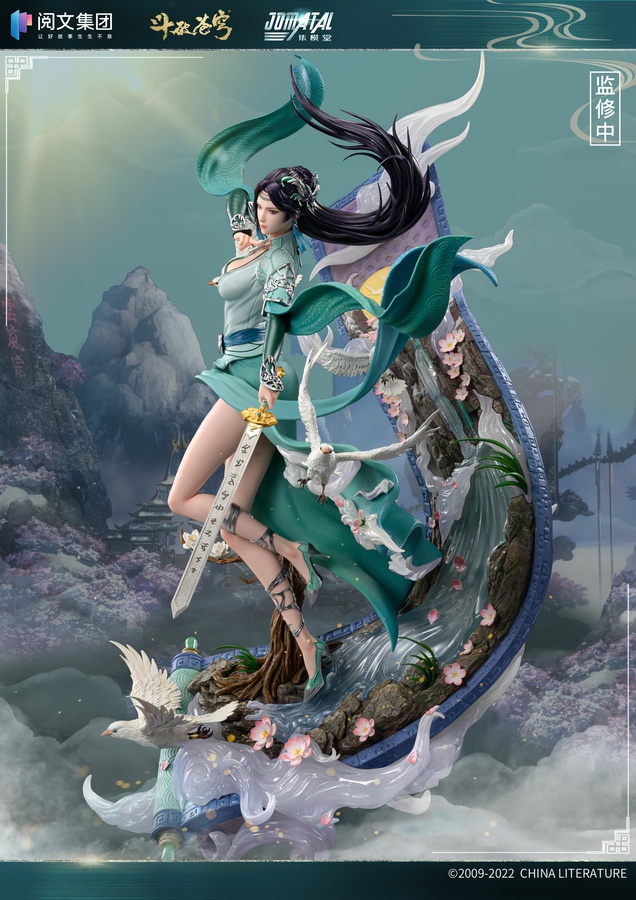 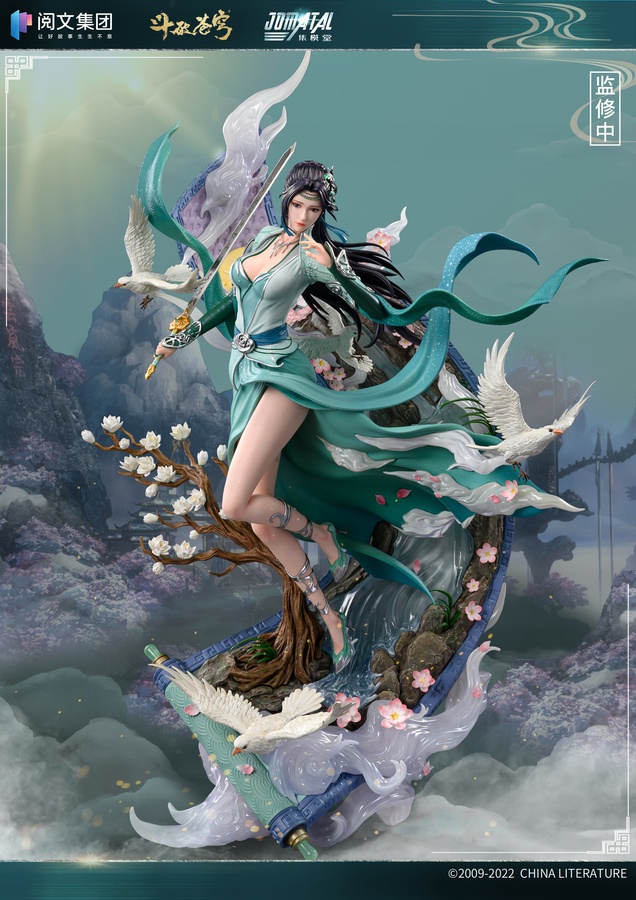 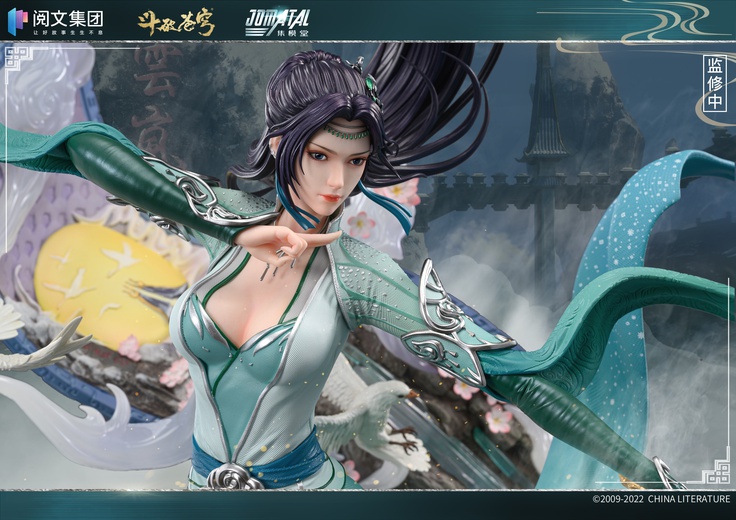 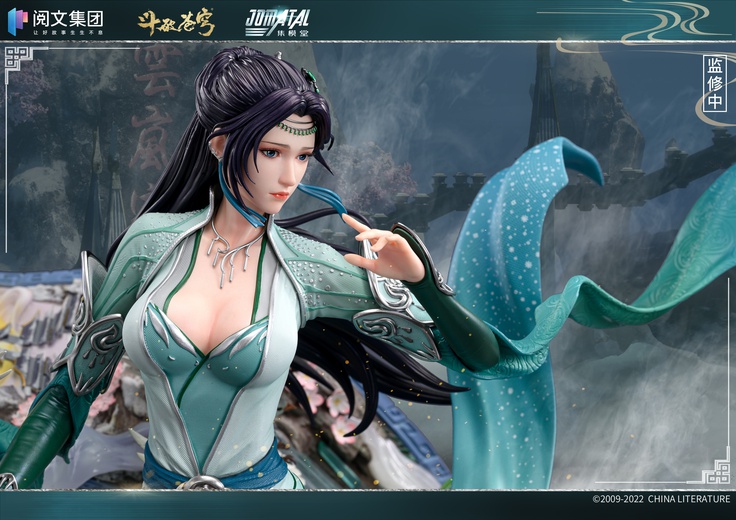 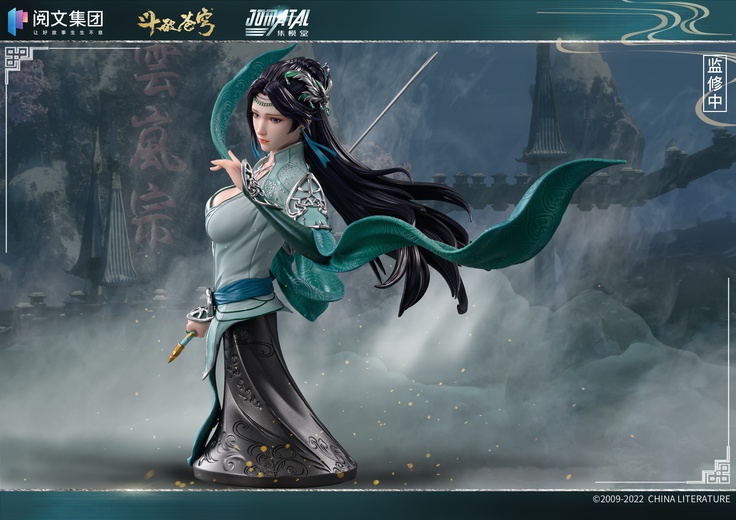 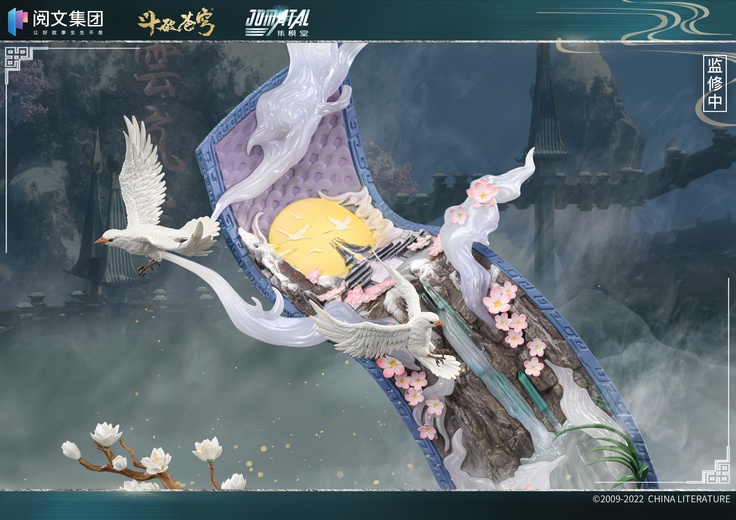 She is an ally of Xiao Yan and was the leader of the Misty Cloud Sect until it was disbanded by Xiao Yan. She later traveled to the central plains and became the sect leader of the Flower Sect on the insistence of Xiao Yan.

The lady in the sky was wearing a tight dress that covered her exquisite frame while wielding a strange looking long sword that was emitting a green colored light. Her black hair was held in place by a noble looking phoenix accessory. The beautiful and moving face of hers was very calm, revealing not the slightest change even when faced with a Magic Beast that was extremely well known in the Dou Qi continent.

On the mysterious woman’s back was a pair of green colored wings that appeared slightly illusionary. Those were likely formed from the amalgamation of her Dou Qi. The transformation of Dou Qi into wings was a symbol of those who were Dou Wang or stronger.

The mysterious woman lightly stood in the sky. Her calm and beautiful face carried a gracefulness and nobility that the simple dress she wore could not hide.

She has a very serious and stern personality. It has been stated that she has dedicated her entire life to the martial arts and is uninterested in matters such as love and romance. She develops a soft spot for Xiao Yan after their first encounter and fell in love with him.

Xiao Yan met Yun Yun at Magical Beast Mountain, where she was fighting with the Purple Crystal Winged Lion King to get the purple crystal. She was defeated by the Winged Lion King. Xiao Yan found her unconscious near his cave and took care of her. After she recovered she saw that his Qi Method was a low-tier one and thought that maybe she should help him out since he had saved her. She left the cave to take a bath thus drawing wild beasts to it. Xiao Yan lured them away but received heavy injuries. Yun Yun took care of him during this time even though she was not accustomed to it. When making food for Xiao Yan, she accidentally added the aphrodisiac he had made previously. This made them uncontrollably lustful and since she could not control her Qi because of the Winged Lion's Seal she fell under its influence. Both of them started to kiss passionately and were on the verge of being intimate when Xiao Yan slapped his own face to recover from the aphrodisiac's influence. He then left the cave till they both were able to recover. Later with Xiao Yan's help, she obtained the Purple Crystal that left his Qi unstable because he had swallowed the Purple Amethyst Essence. She helped him stabilize his Qi and left him with a Qi Method, Dou Technique and her Sea Core Vest. 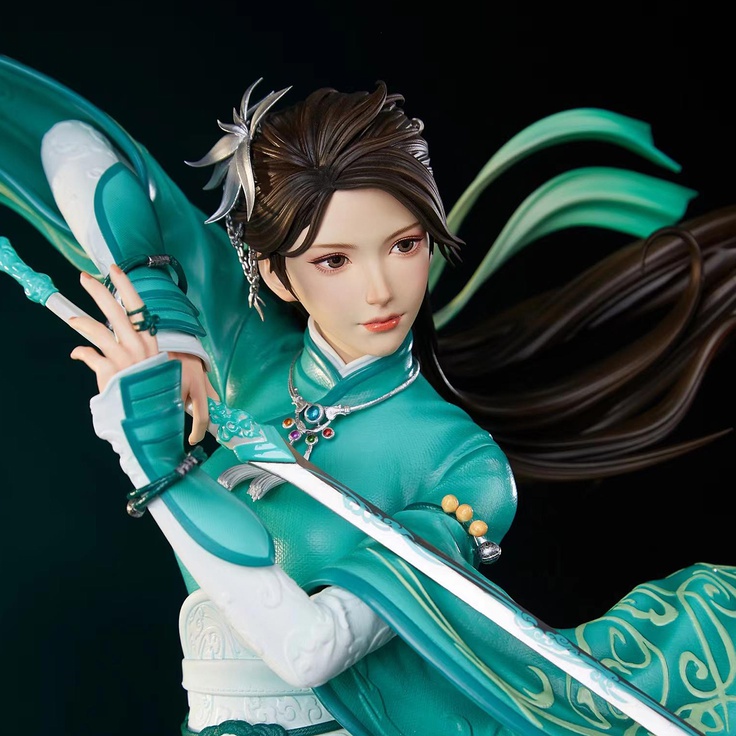