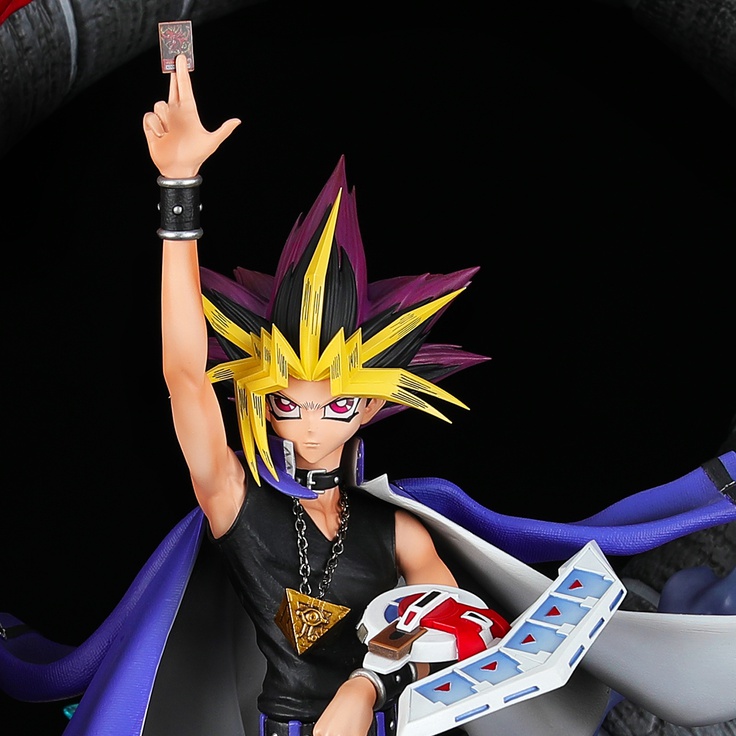 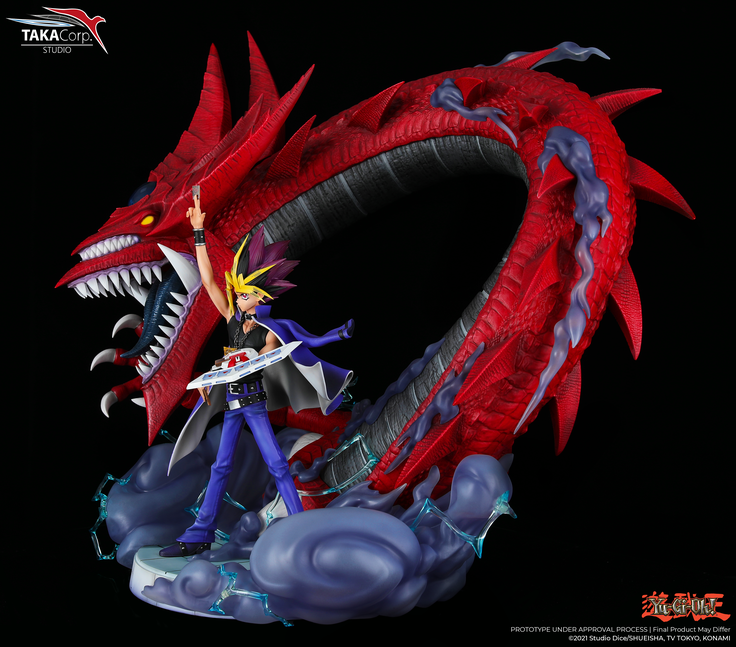 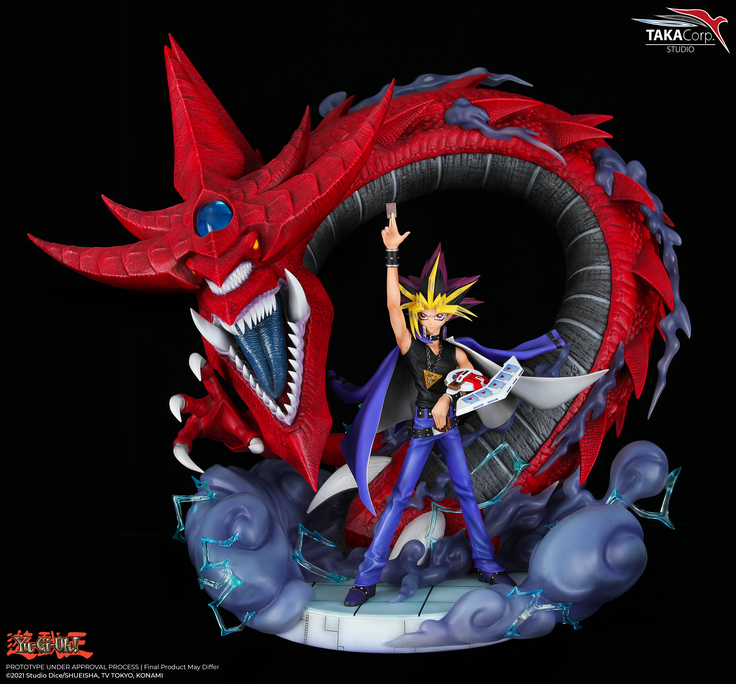 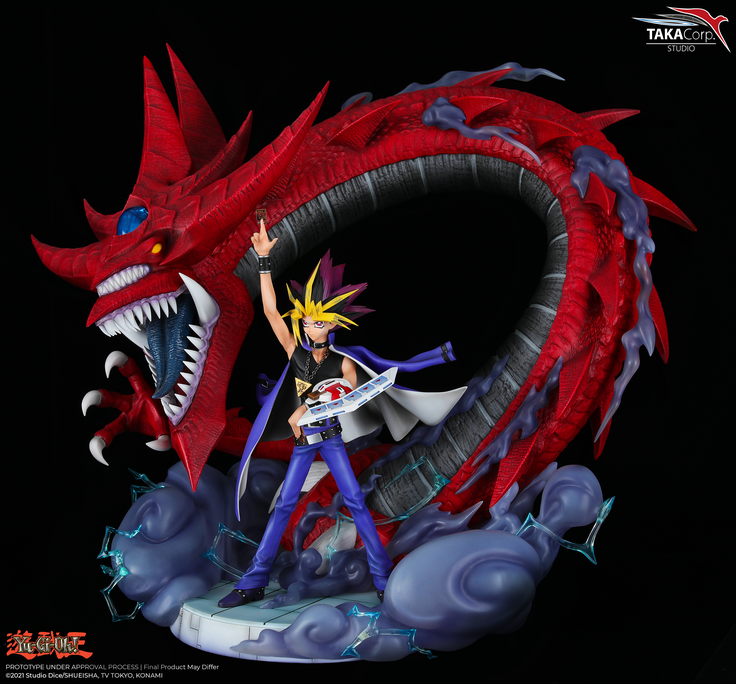 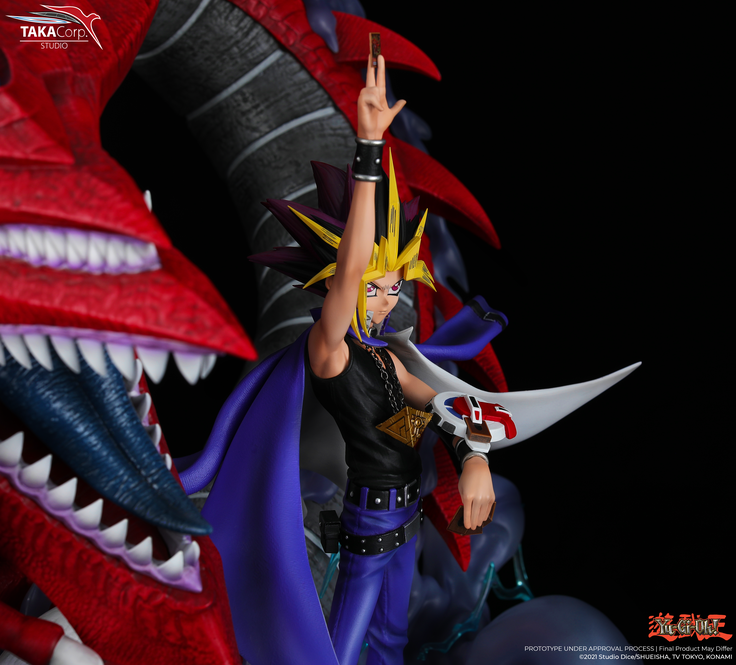 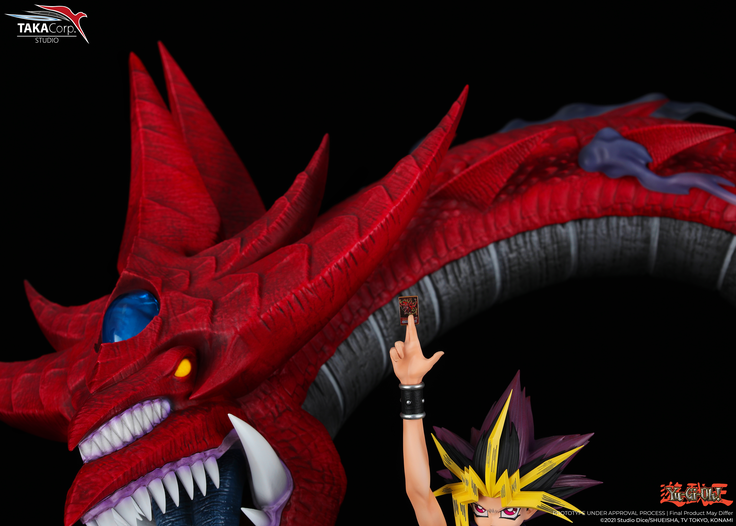 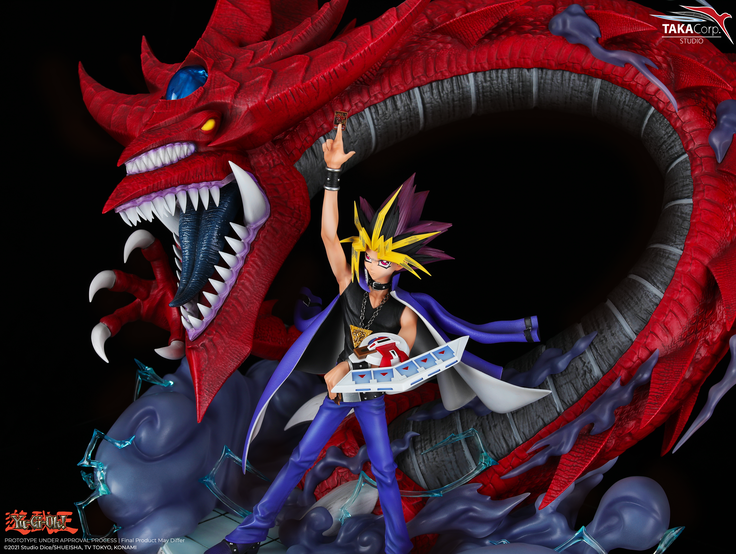 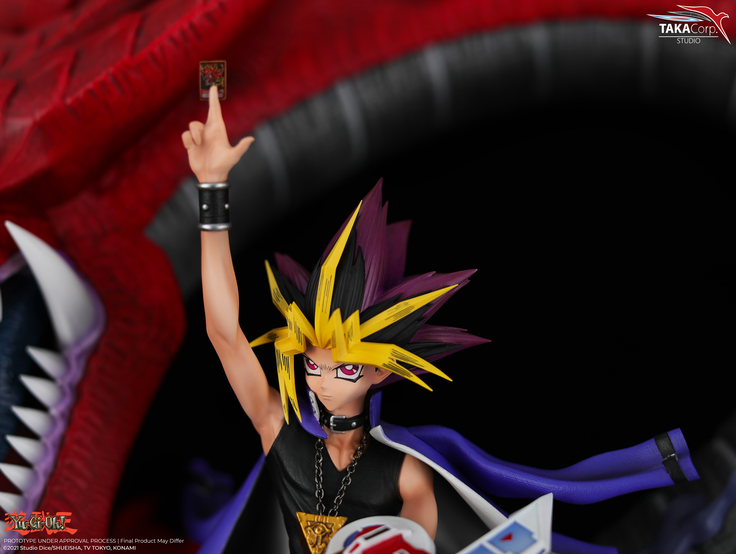 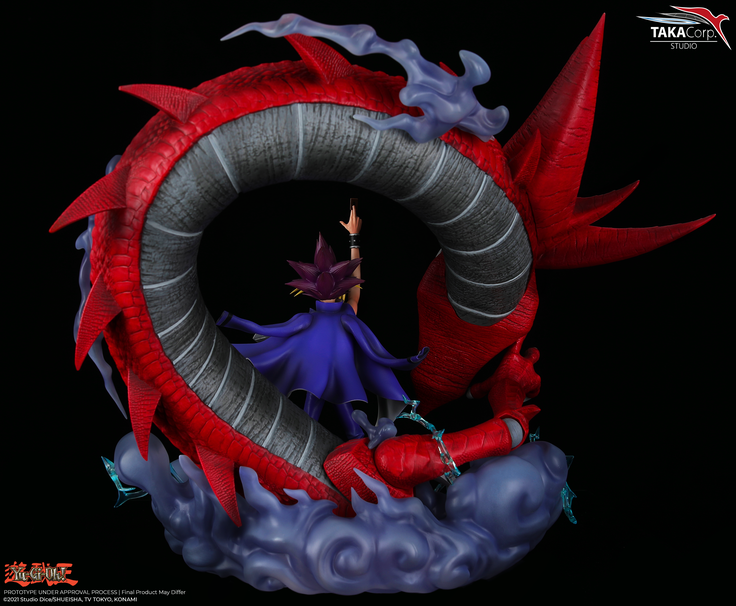 "I summon the almighty Slifer, the celestial dragon!"

Yami uses it as a trump card against his greatest opponent, Slifer the Sky Dragon!

He is considered one of the most powerful monsters in the Monster Duel, being one of the Three Egyptian Gods, along with Obelisk the Tormentor and the Winged Dragon of Ra. Seeing him appear on the field portends great battles and now he finally arrives as a statue at Taka Corp Studio!

Each statue is numbered with certificate of authenticity in its packaging including artbox and cardboard. Each poly will be maintained with Velcro straps.