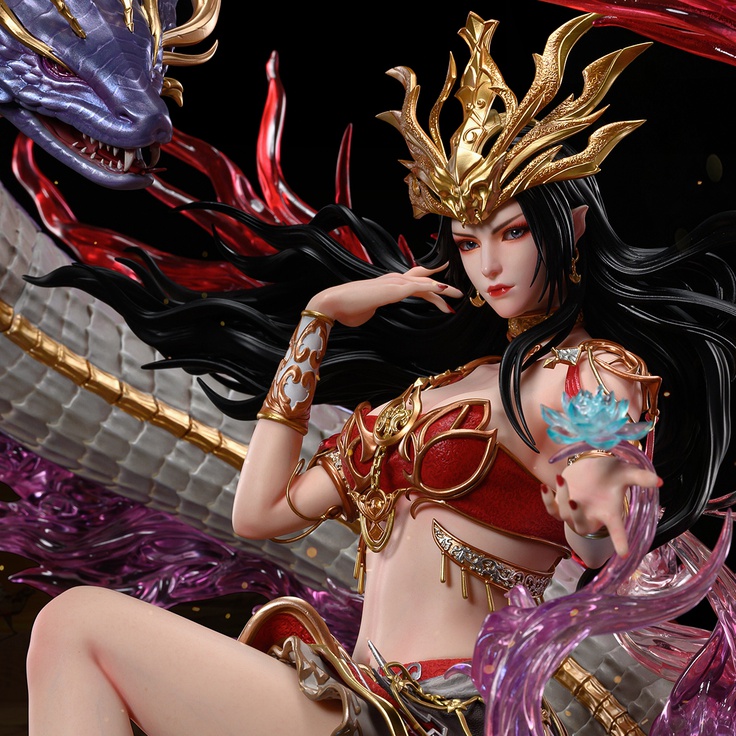 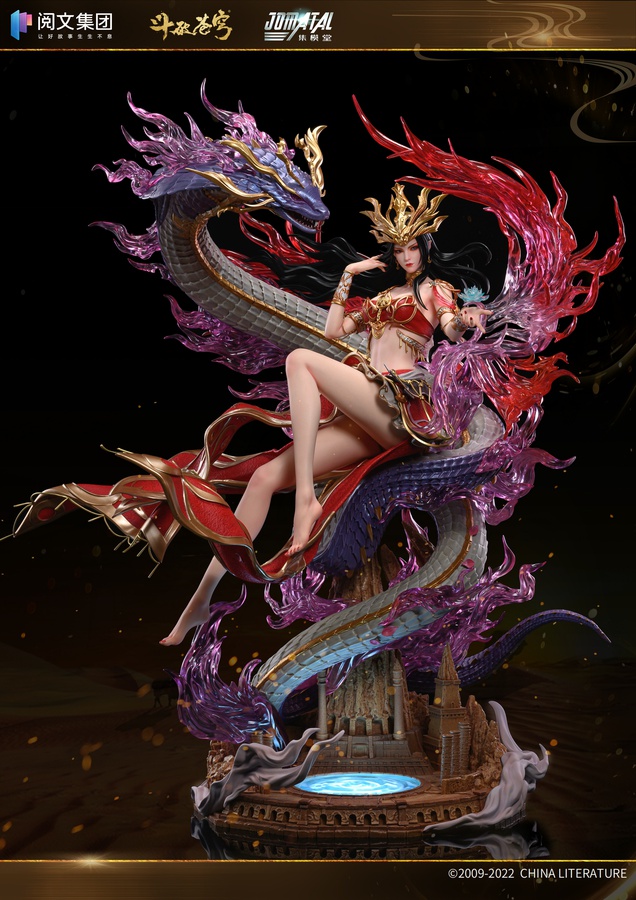 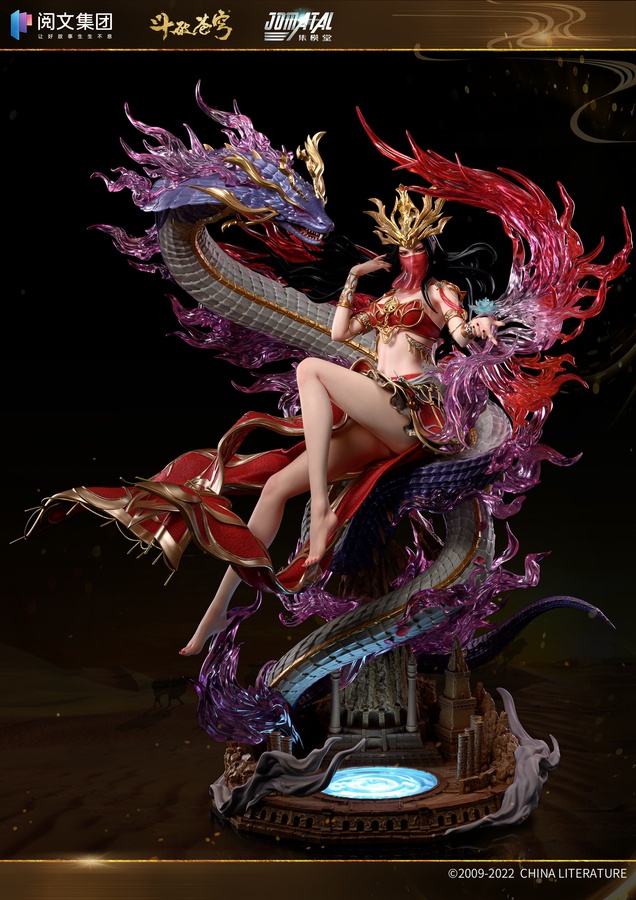 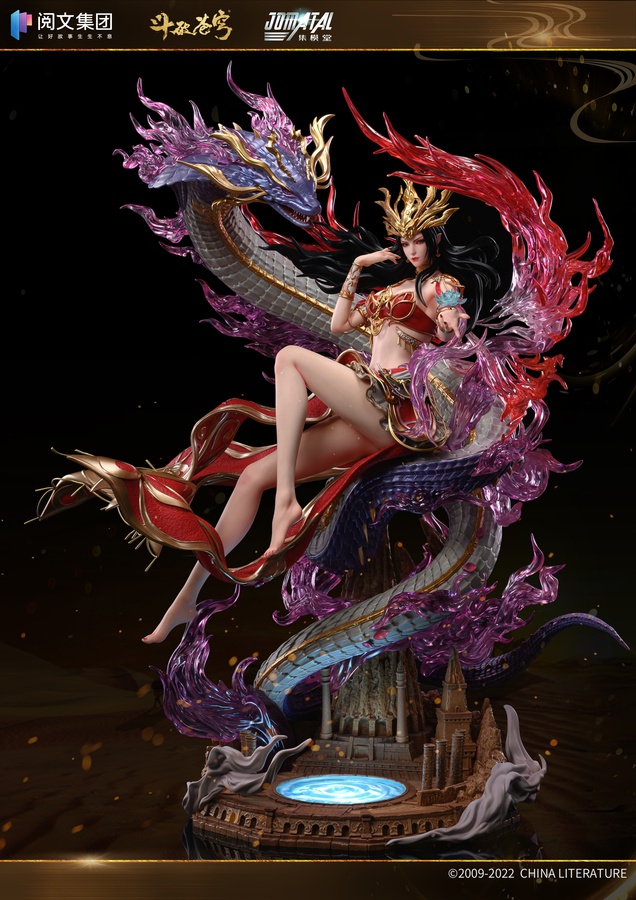 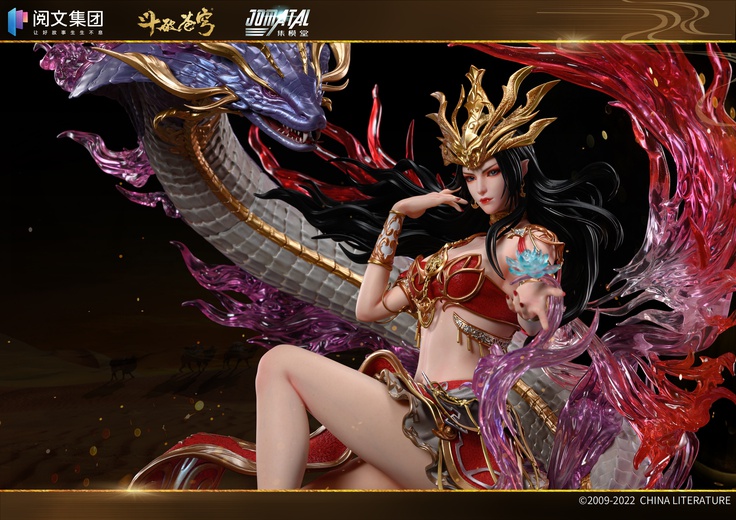 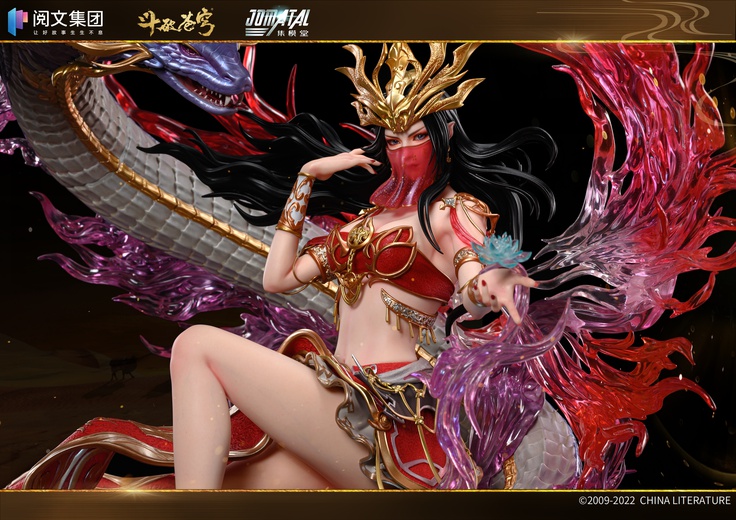 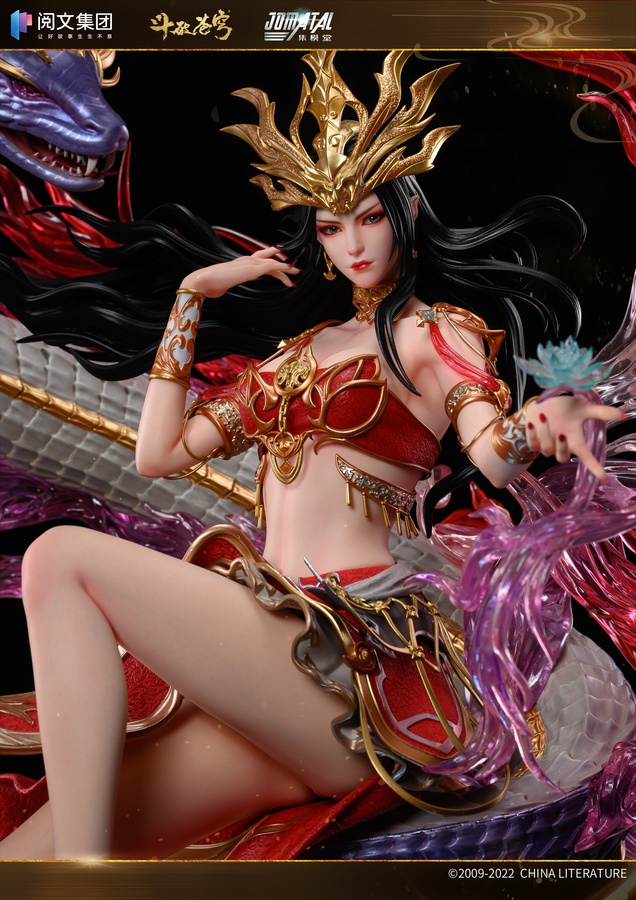 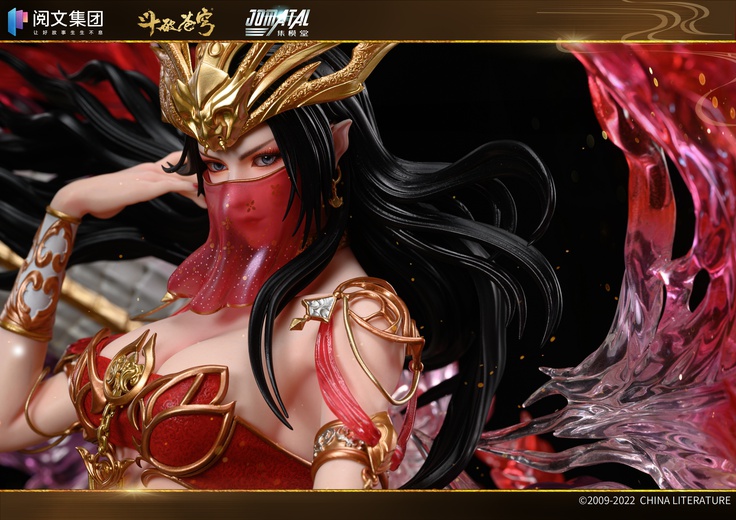 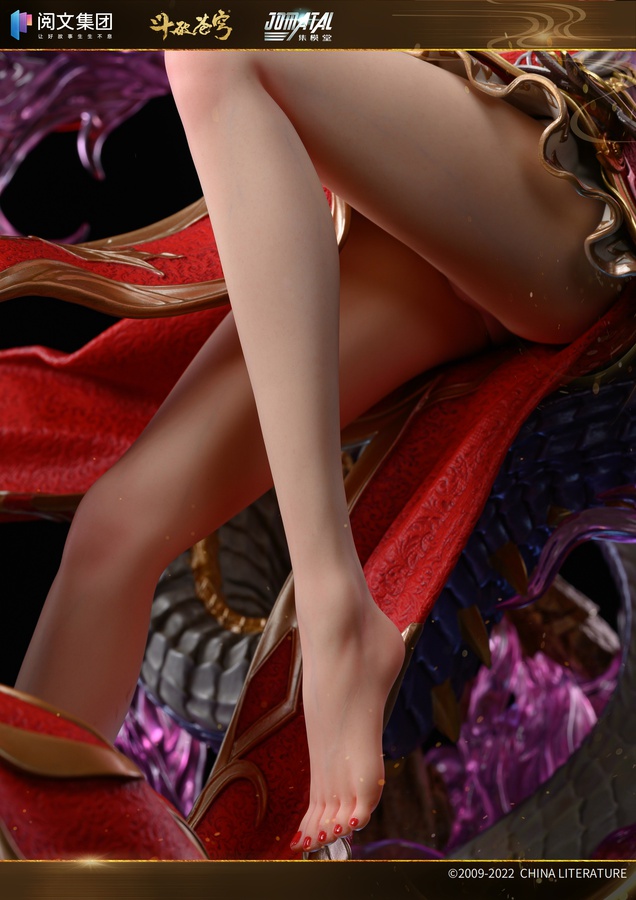 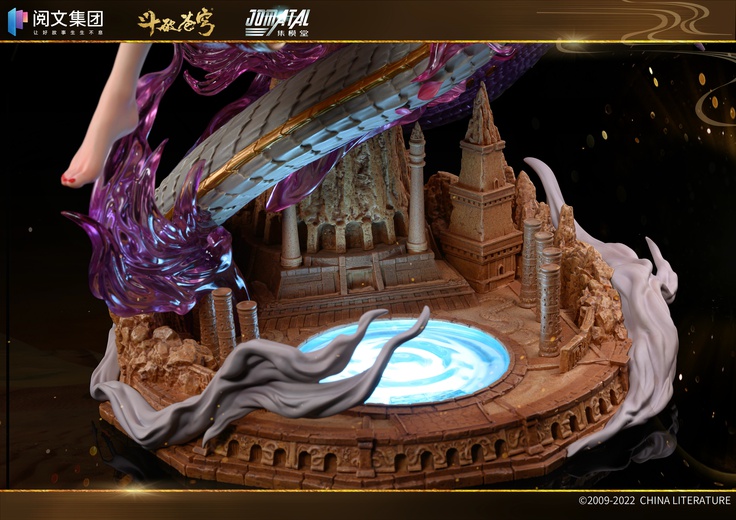 Medusa/Cai Lin is one of the main female protagonist of Battle through the Heavens. She is the queen of the Snake-People Tribe and Xiao Yan's first wife.

Before her Transformation, She was a very beautiful snake woman. She had a graceful, sexy and all around lovely body and wears graceful purple-colored gorgeous robe. She was voluminous and exquisite, much like a matured juicy peach, with a faint luring sense seeping out. She has long black hair which extends to her narrow waist. She had purple-colored snake tail.

After Transformation and completely merging with the Heaven Swallowing Python, she gains a younger appearance.

The body of the current Queen Medusa was merely wrapped by a pale purple robe. Her black hair moved along her shoulders and fell all the way to her raised butt before it stopped. Her tempting figure with the front protrusions and the raised backside was like a honey peach that had been ripened to its limit, repeatedly releasing a charm that caused people’s hearts to boil. Xiao Yan’s gaze moved down and was somewhat surprised to find that the snake’s tail that was originally there had turned into two long, fair human legs at an unknown time. Her snow white small legs were suspended around half an inch from the ground. They were crystal clear without the slightest stain or dust.

In Manga, She has long crimson colored hair, pale snow white skin and golden colored eyes. She normally wears a purple color skin tight dress. Also, Yun Shan mistakes her as her daughter and is said to have a crush on her.

She is very prideful and has superiority complex as she wanted other people to address her as "Your Highness" or "Queen". Medusa has a soft point towards children and admitted that humans are interesting(Only In Manhua). She didn't have much respect for Human Life before Xiao Yan.

She has the traits of a Medusa (A Name meaning Snake Queen, i.e there were various Queen Medusa before her) which is a "Medusa truly loves someone until the end once she has been subdued by him." Despite the fact that Xiao Yan has taken her virginity, she has conflicted feeling about killing him which she acknowledges.

This was the feeling that the woman gave to others at first glance with the exception of her icy-cold face. The merging of coldness and enchantment caused her to possess an unusual allure that had a deep impact on men. Her snow-white chin formed a slightly sharp incline that caused her entire body to be filled with a pride that was difficult to hide. This kind of pride was not an ordinary woman’s arrogance, but an honorable haughtiness that only a woman who possessed a high status could display.

The thing that possessed the greatest attraction to men was this haughtiness. A man would possess an incomparable satisfaction the moment he pushed down such a haughty and distinguished woman.