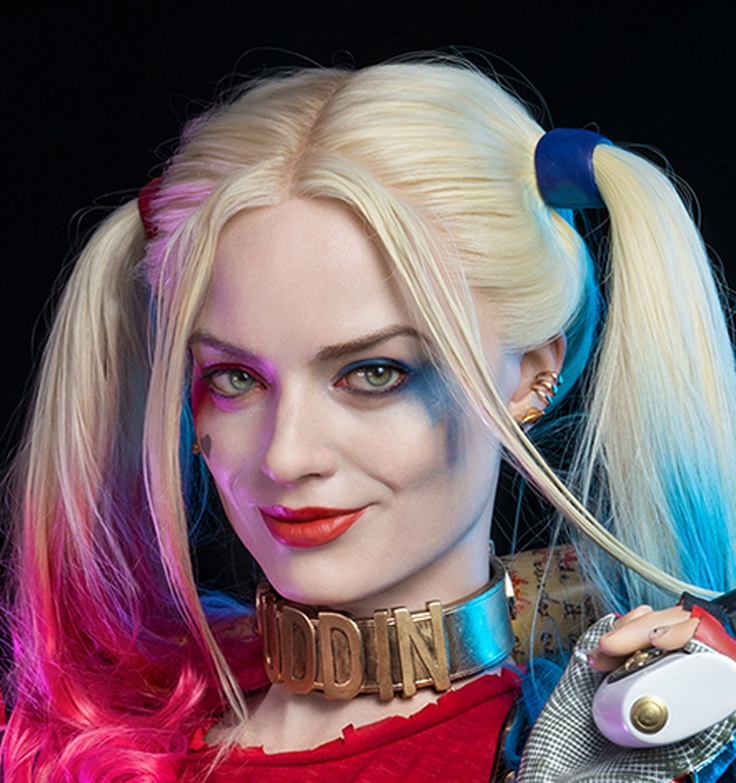 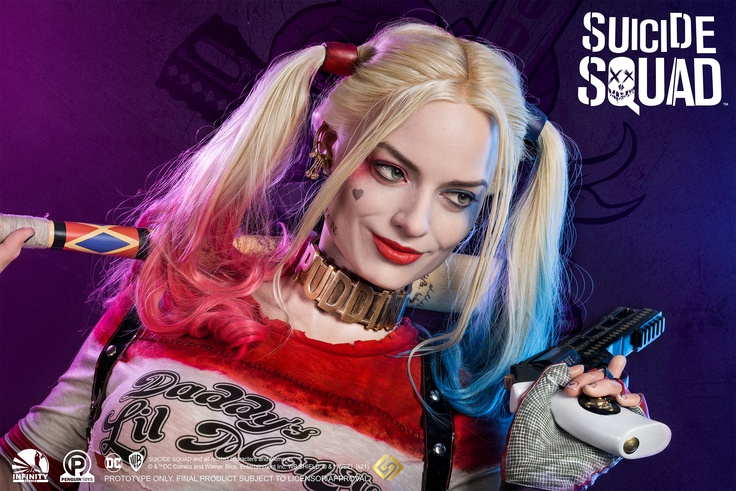 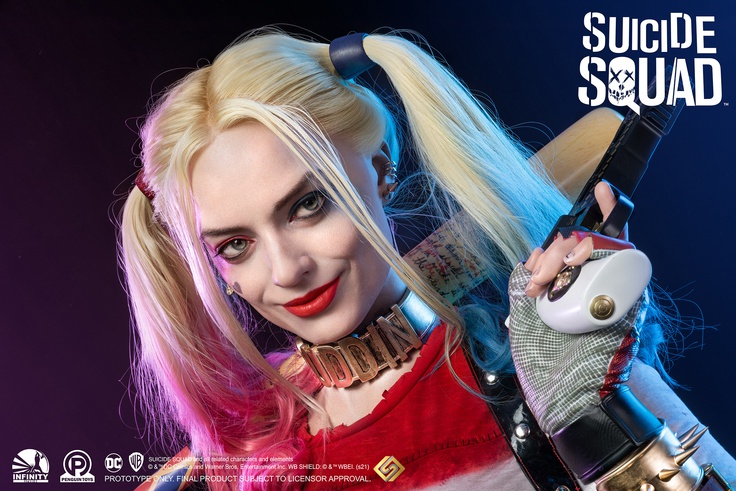 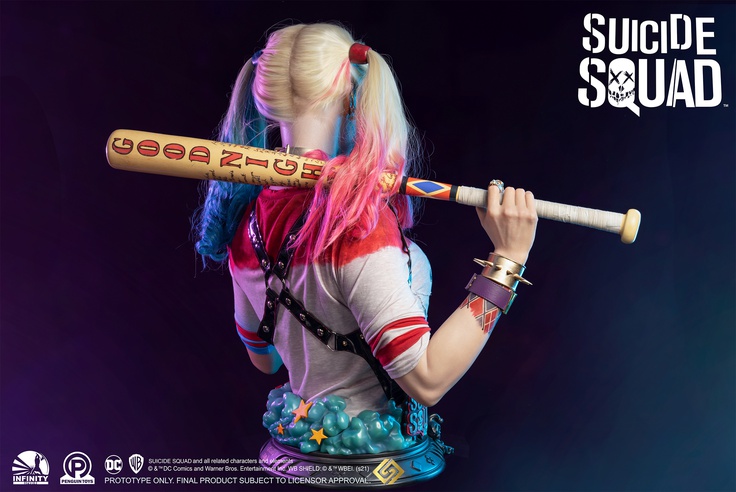 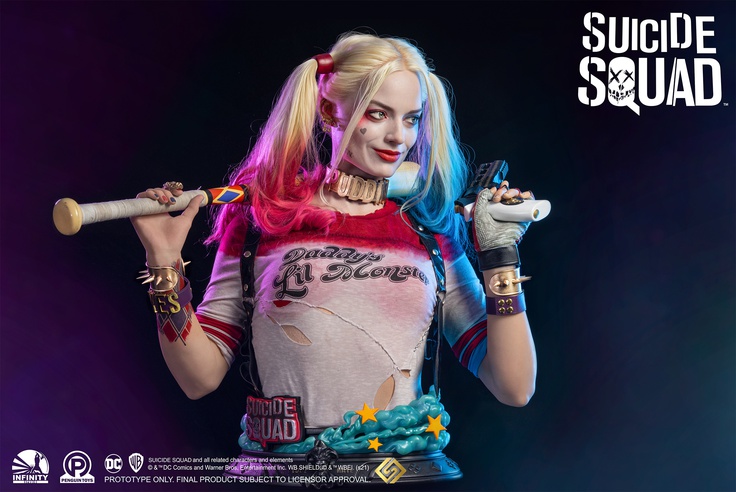 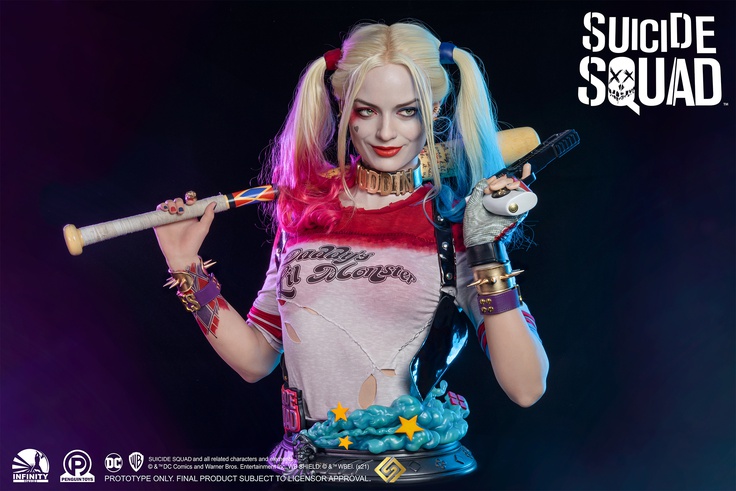 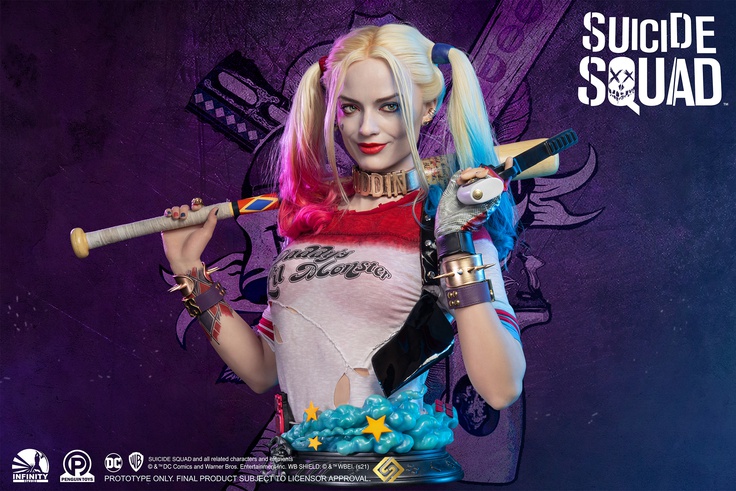 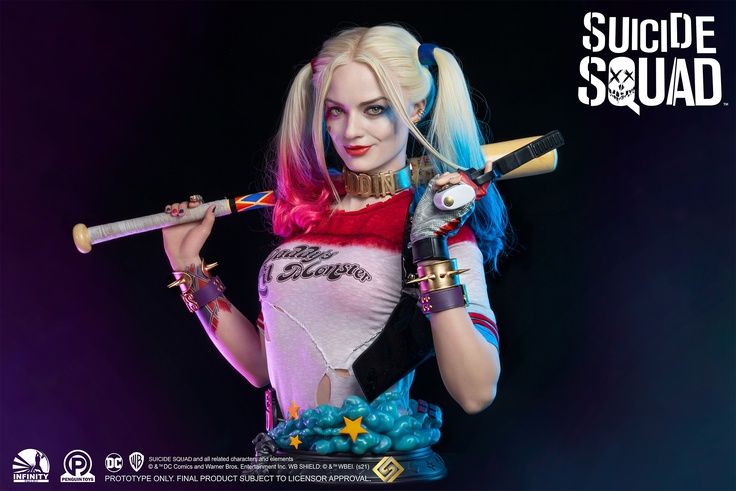 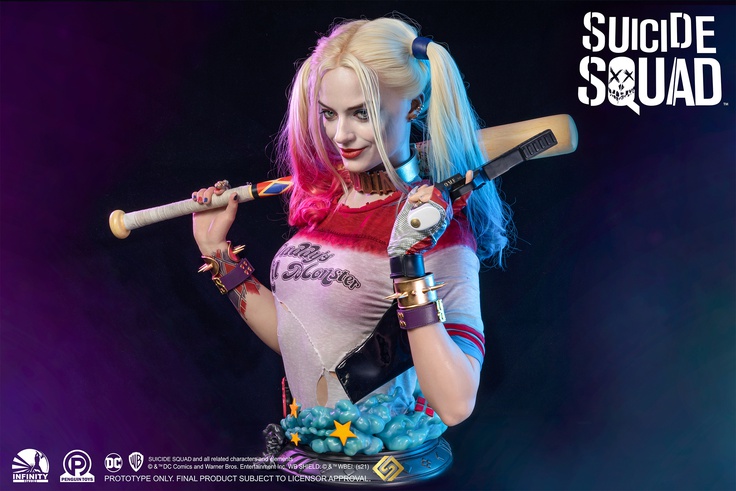 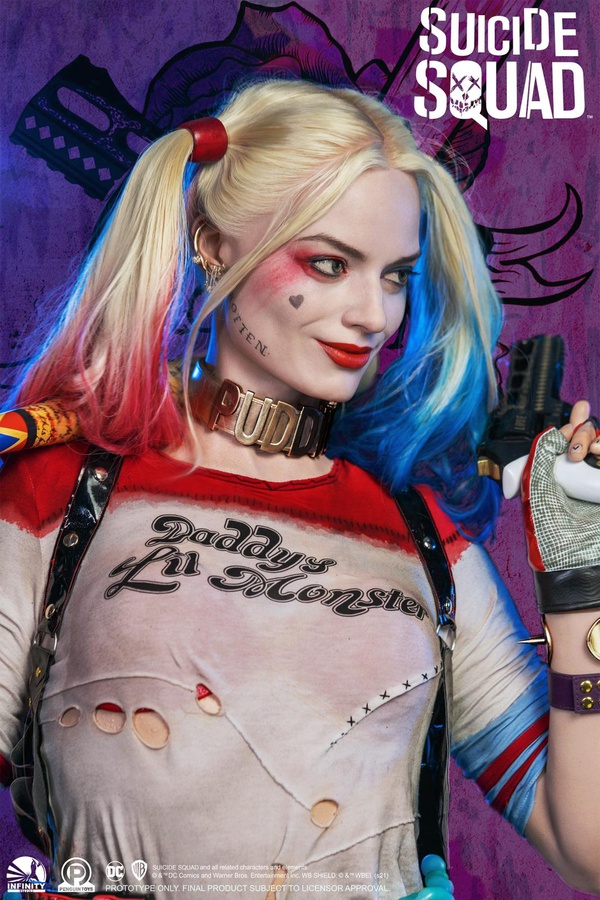 Harley Quinn, a unique character in DCEU, she is a villain but deep inside, there’s still some good in her. She was a psychiatrist of Arkham Asylum, who fell in love with Joker during curing him. Later she became a member of Suicide Squad, a group of super villains assembled by Amanda Waller. On this bust, we adopted platinum silicone to make her skin and customized ocular prosthesis to replicate her eyes, meanwhile we never forget her tattoo and makeup. Her expression looks confident and fearless, holding her iconic bat and a revolver in her hands and getting ready for battle. 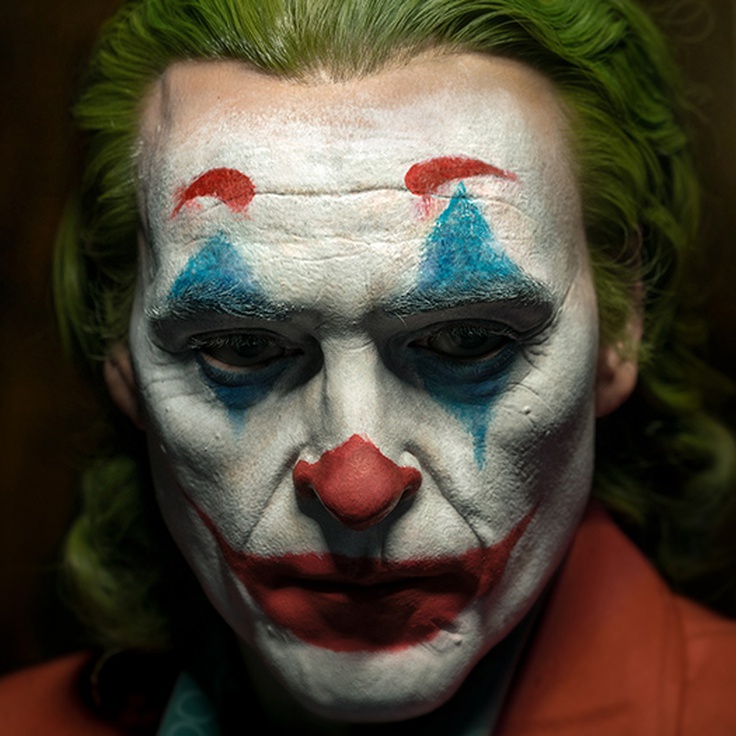