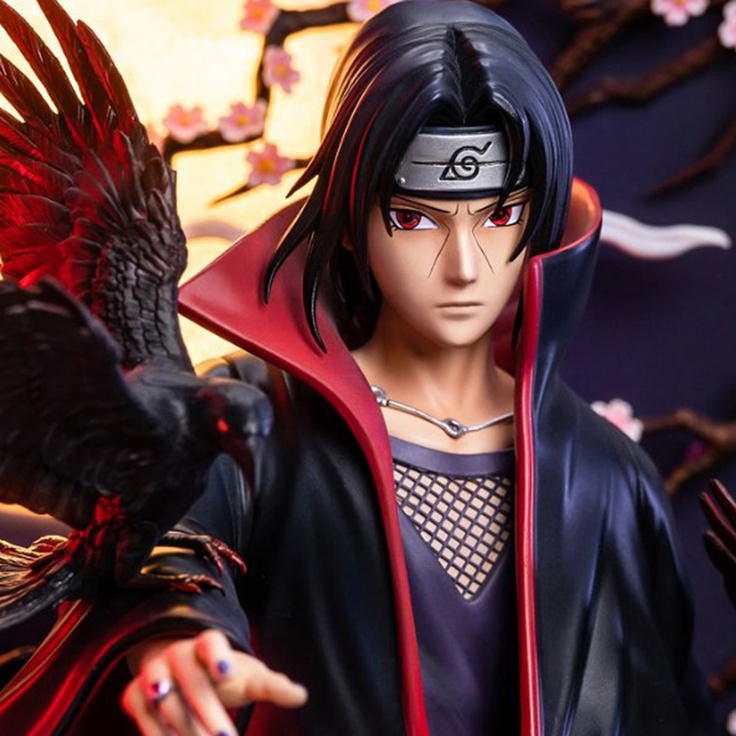 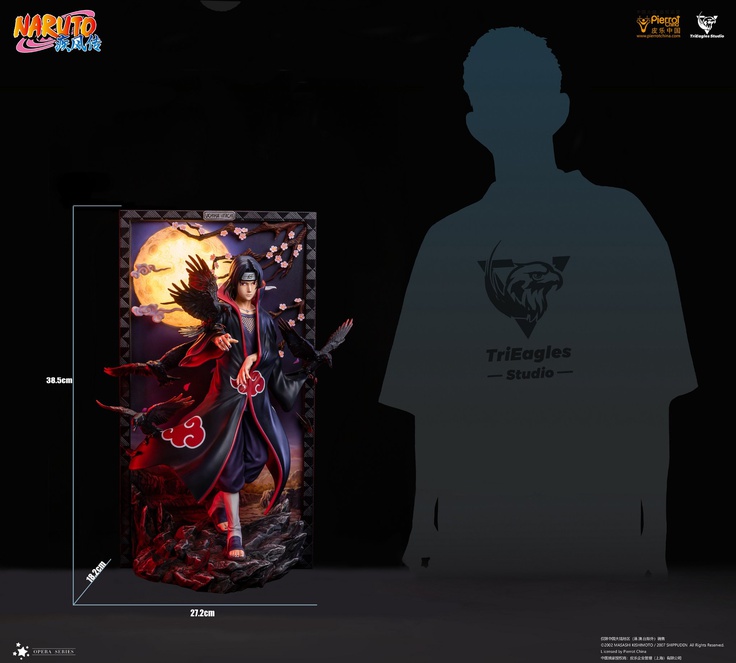 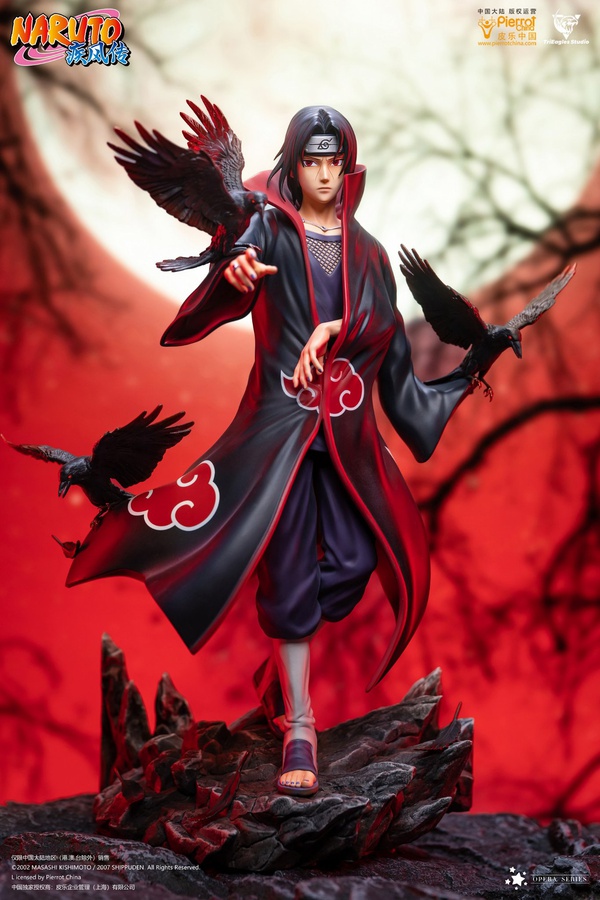 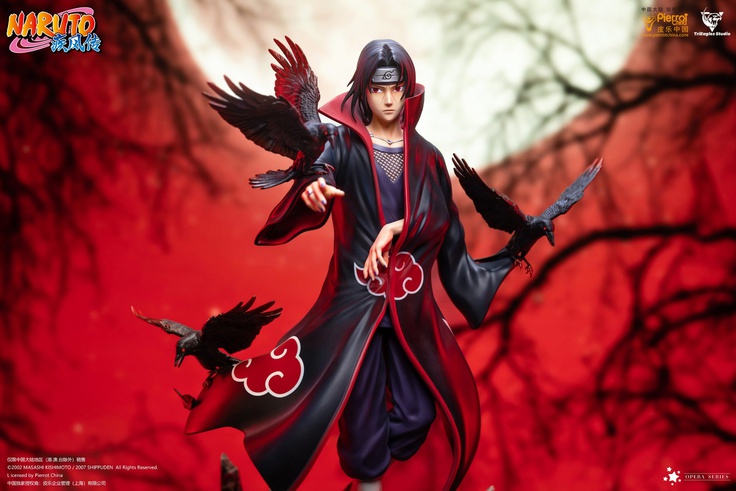 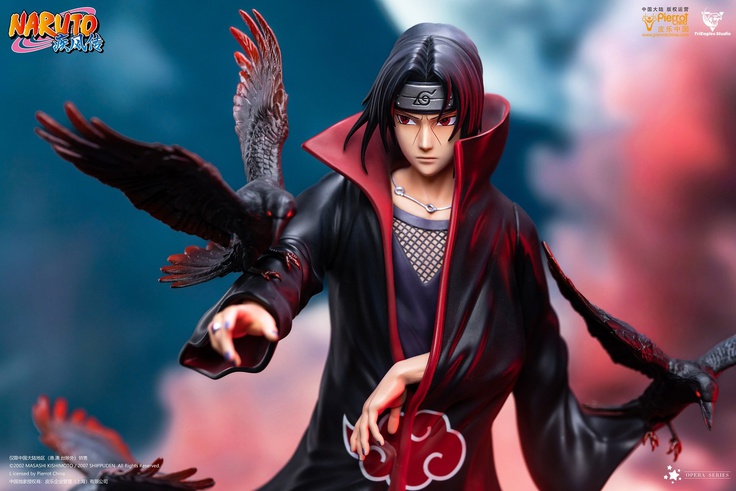 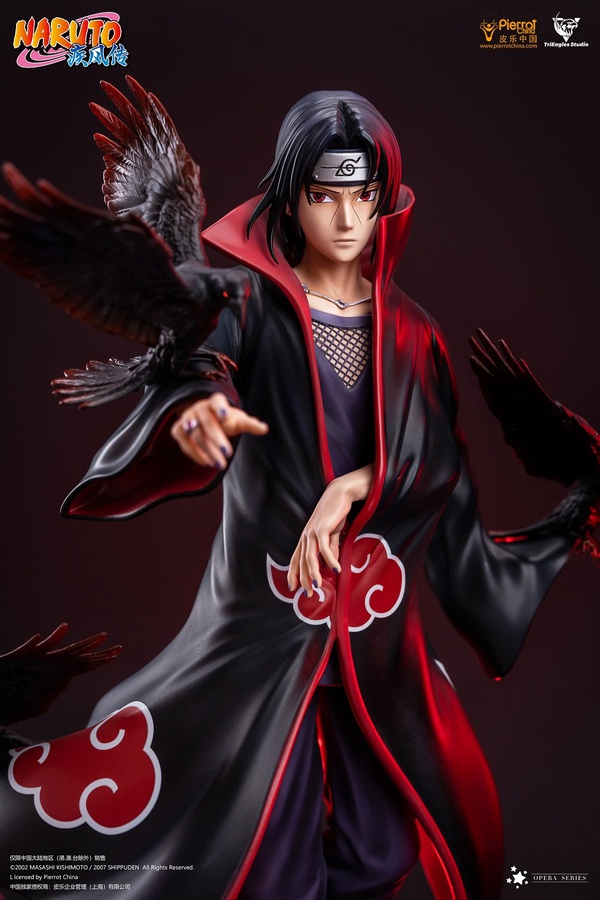 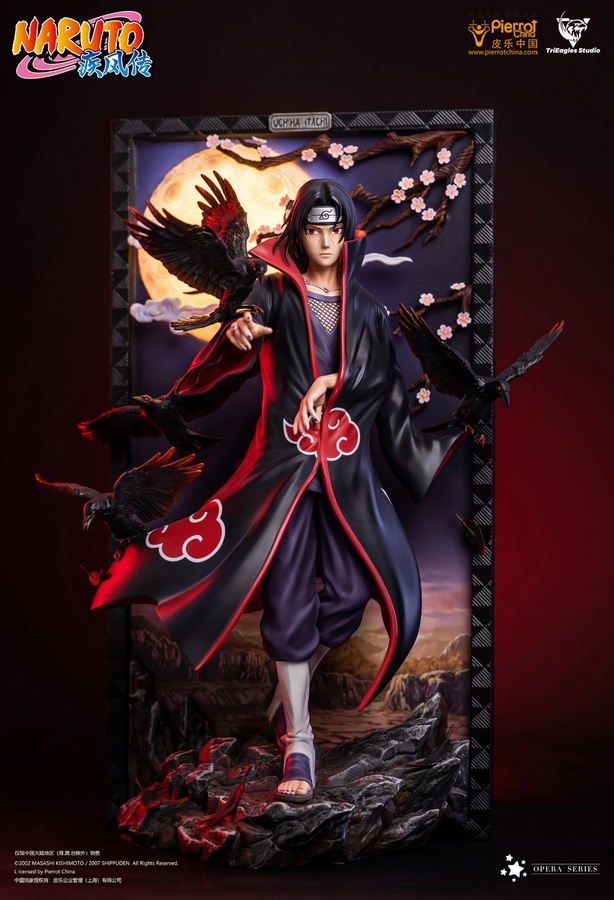 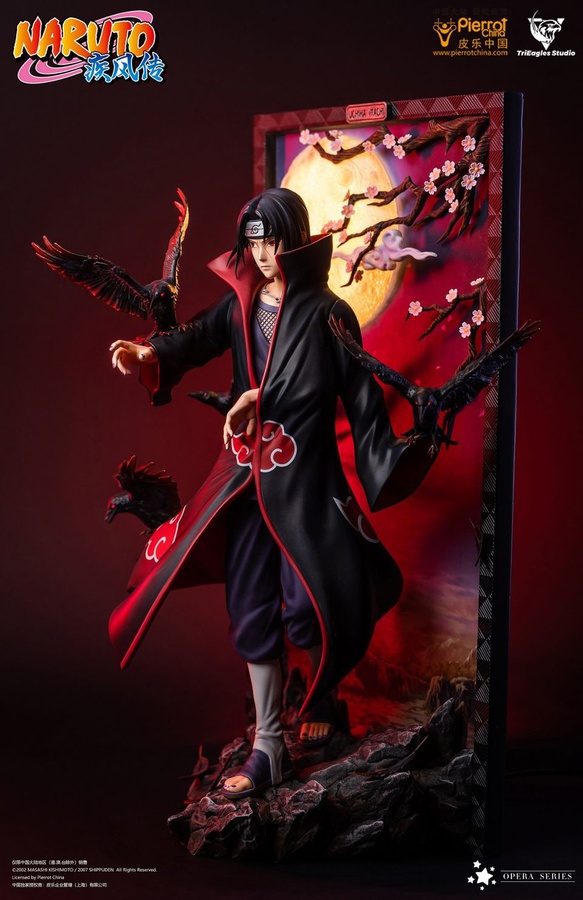 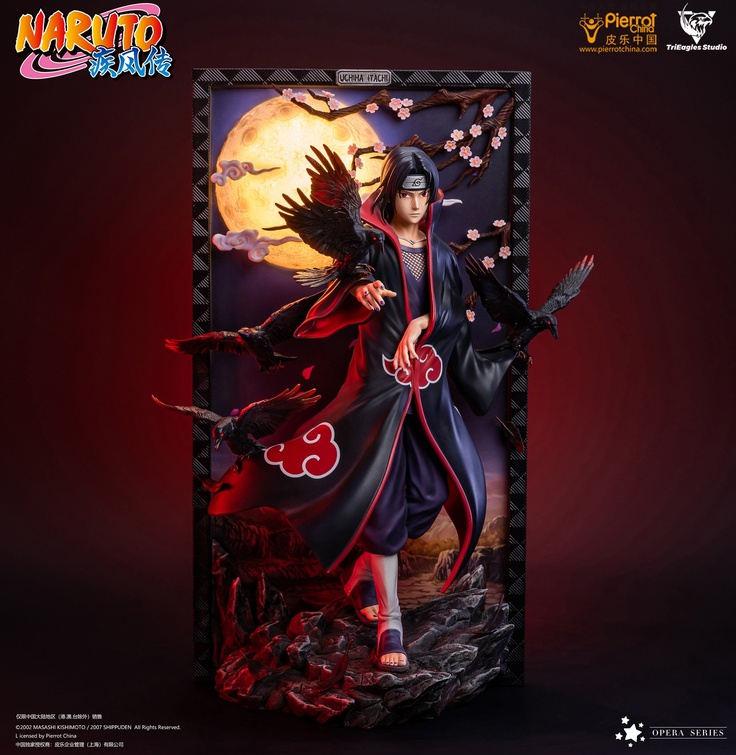 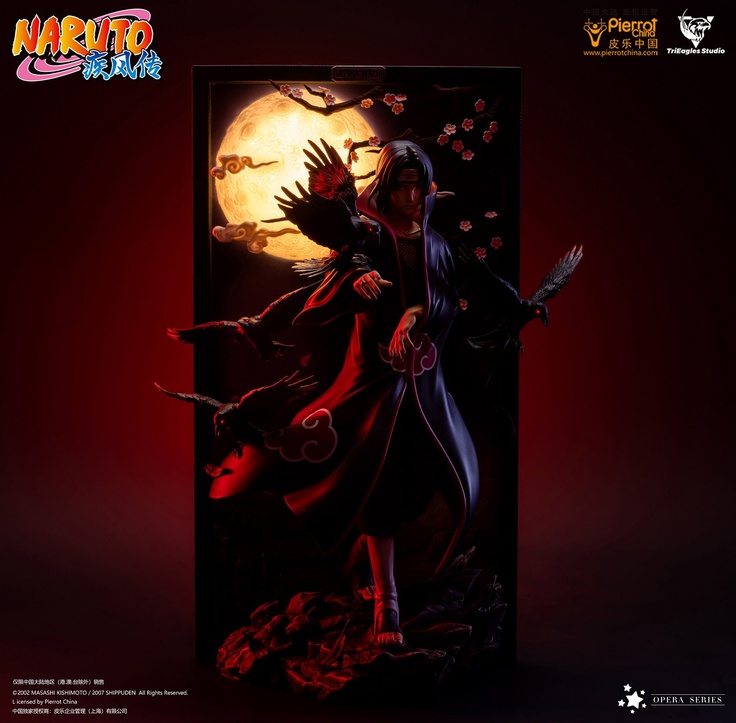 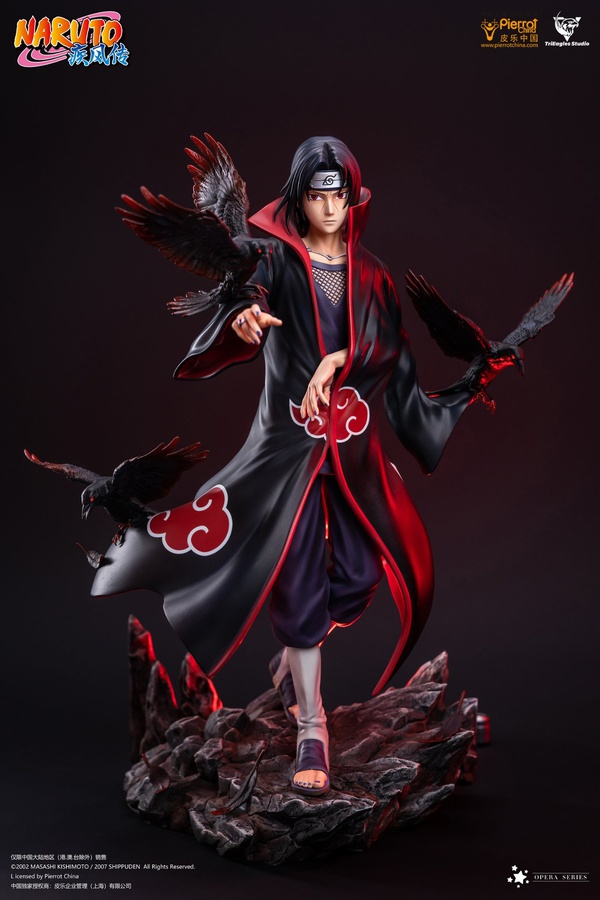 Itachi Uchiha (うちはイタチ, Uchiha Itachi) was a shinobi of Konohagakure's Uchiha clan who served as an Anbu Captain. He later became an international criminal after murdering his entire clan, sparing only his younger brother, Sasuke. He afterwards joined the international criminal organisation known as Akatsuki, whose activity brought him into frequent conflict with Konoha and its ninja — including Sasuke who sought to avenge their clan by killing Itachi. Following his death, Itachi's motives were revealed to be more complicated than they seemed and that his actions were only ever in the interest of his brother and village, making him remain a loyal shinobi of Konohagakure to the very end.

Itachi's appearance as a child.

Itachi was a fairly tall man of fair complexion. He had black eyes, under which were long, pronounced tear-troughs. He had jet-black hair that was pulled back in a low ponytail and his face was framed with centre-parted bangs that extended to his chin; the ponytail and bangs grew longer over the years. His overall appearance is very similar to Sasuke's.Even more, like his brother, he was considered very handsome as many girls became infatuated with him. When he lived in Konoha, his casual clothes consisted of a black shirt with the Uchiha clan symbol on the back, bandages around his ankles, and black sandals. He wore tan pants with a weapons pouch strapped to his back. When on duty, he would wear the standard Anbu uniform complete with arm guards, a flak jacket, and a porcelain mask which was fashioned to resemble a weasel with a red, triangular marking on top.

As a member of Akatsuki, he wore the standard Akatsuki cloak and a slashed Konoha forehead protector to symbolise his broken ties with the village. The cloak's high collar would obscure his ponytail. He would sometimes unbutton his cloak to mid-chest and rest his left arm there, rather than in the sleeve. Under his cloak he wore clothes similar to the rest of Akatsuki: mesh armour with navy accents under an identical T-shirt with a simple white belt around the waist and dark blue pants. On his right ring finger was his Akatsuki ring, which was red and bore the kanji for "vermilion" (朱, shu). He wore light blue nail polish on his fingers and toes and a necklace that had three silver rings with red gems inside them.

After being reincarnated by Kabuto with the Impure World Reincarnation technique, he was seen wearing a maroon long sleeved cloak like the other reincarnated ninjas and retains his dark blue pants and black open-toed sandals. His skin becomes pale white with linings on his face, his hair became dark grey and has soulless onyx eyes minus the irides.