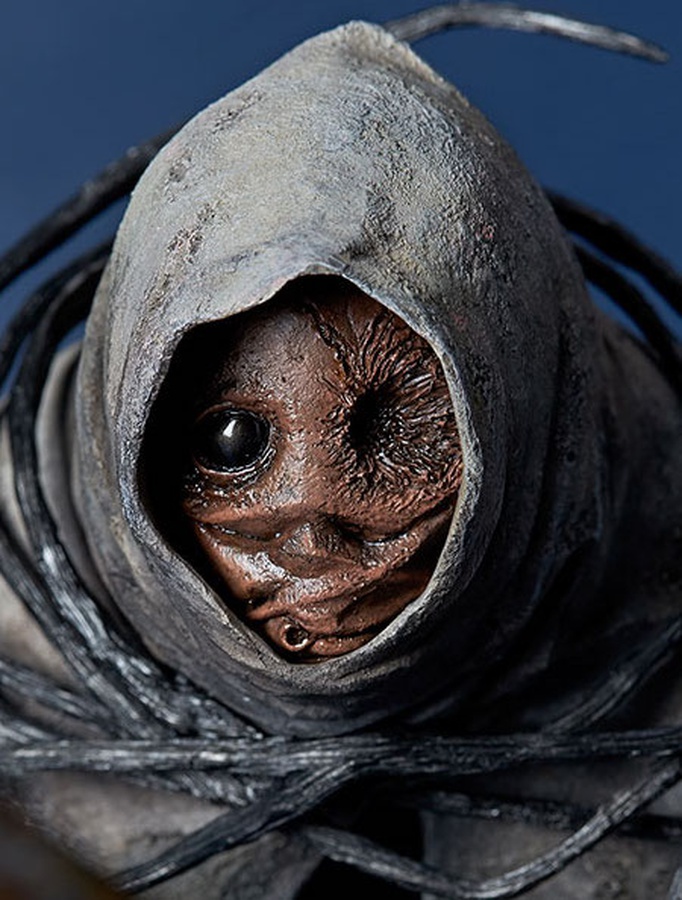 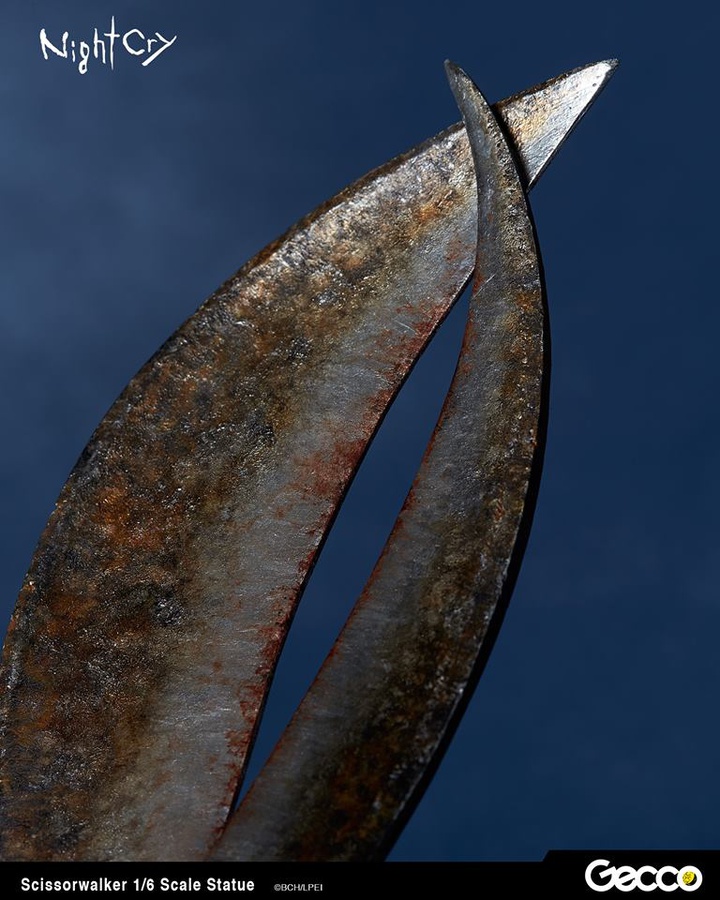 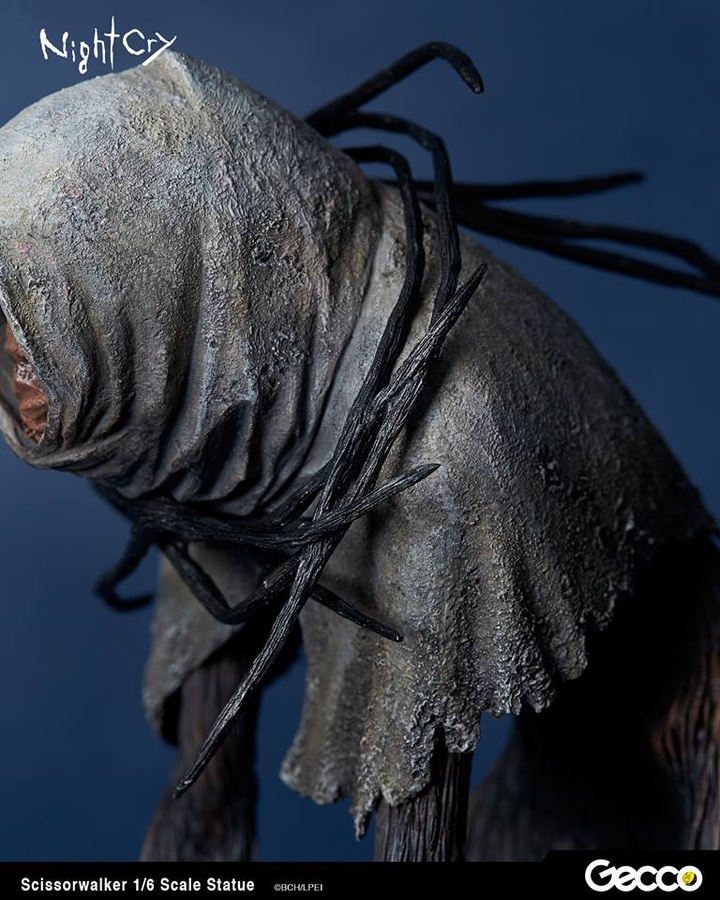 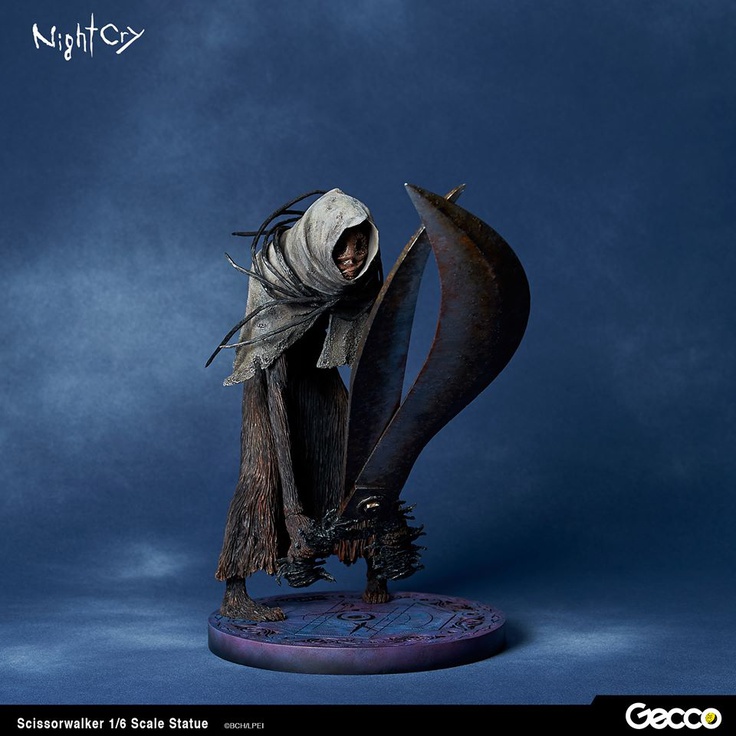 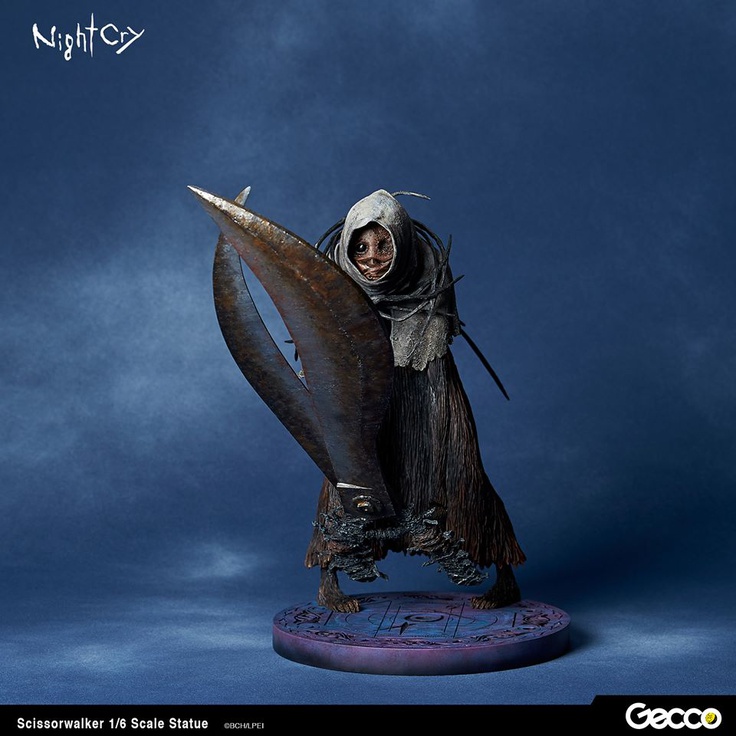 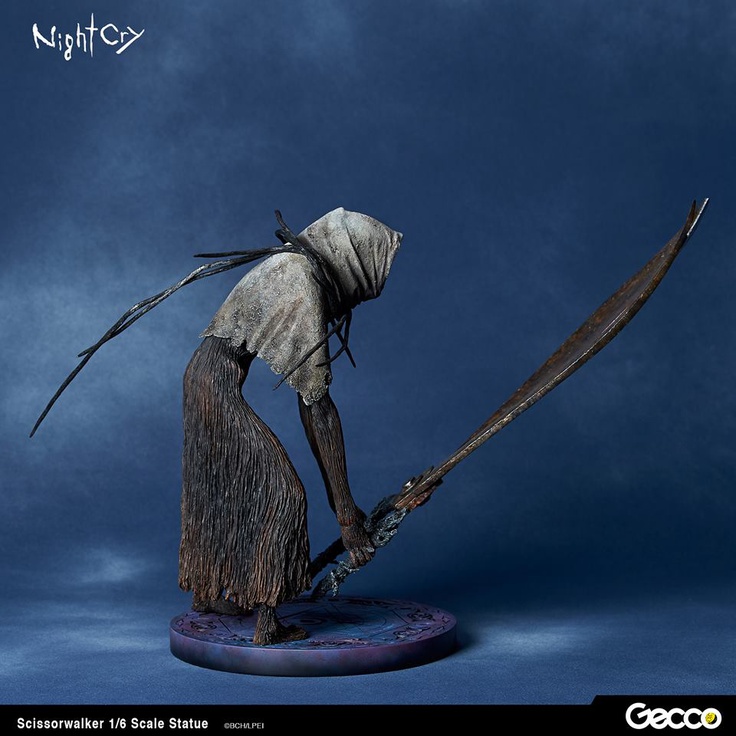 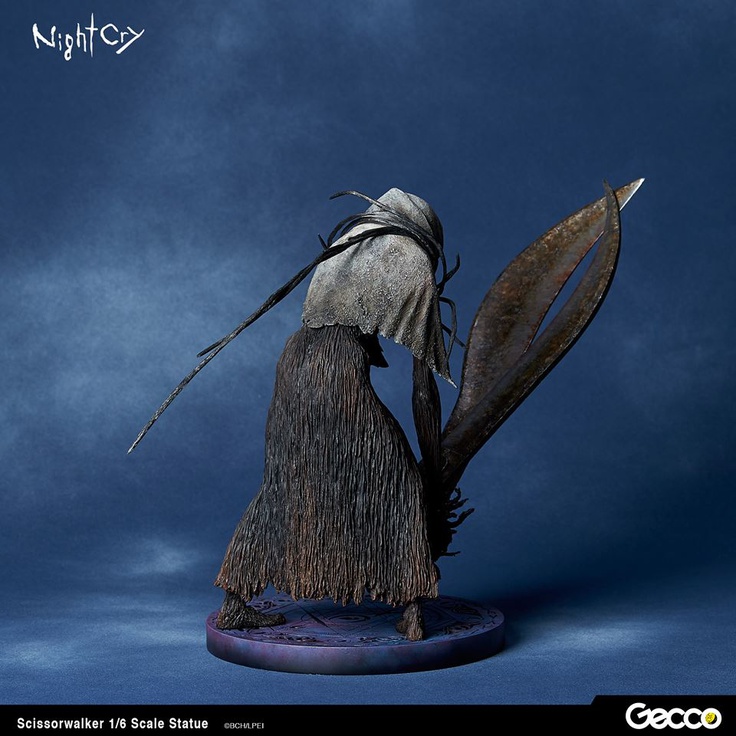 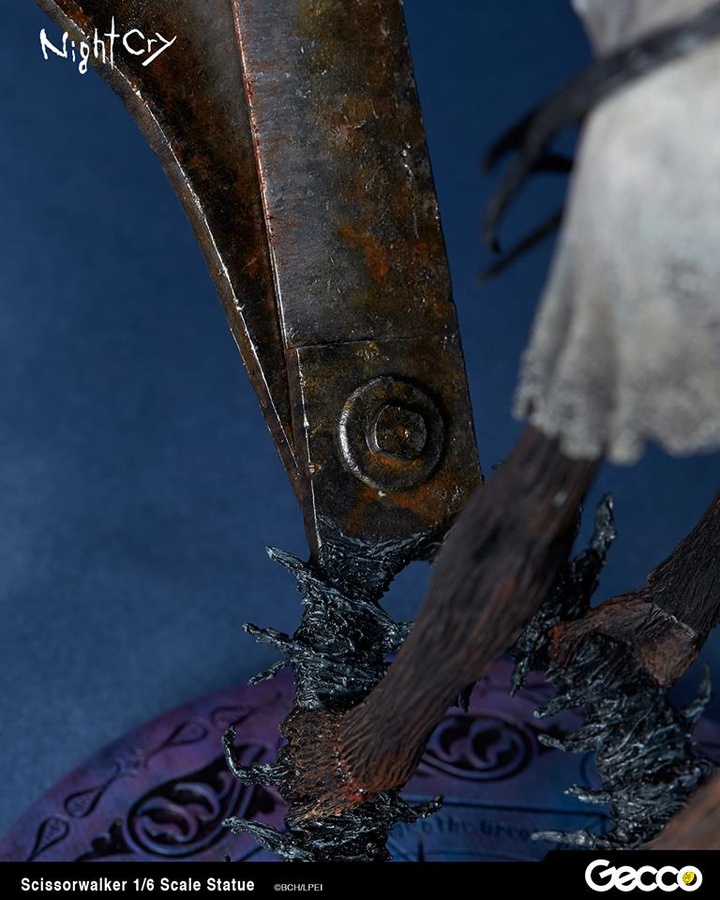 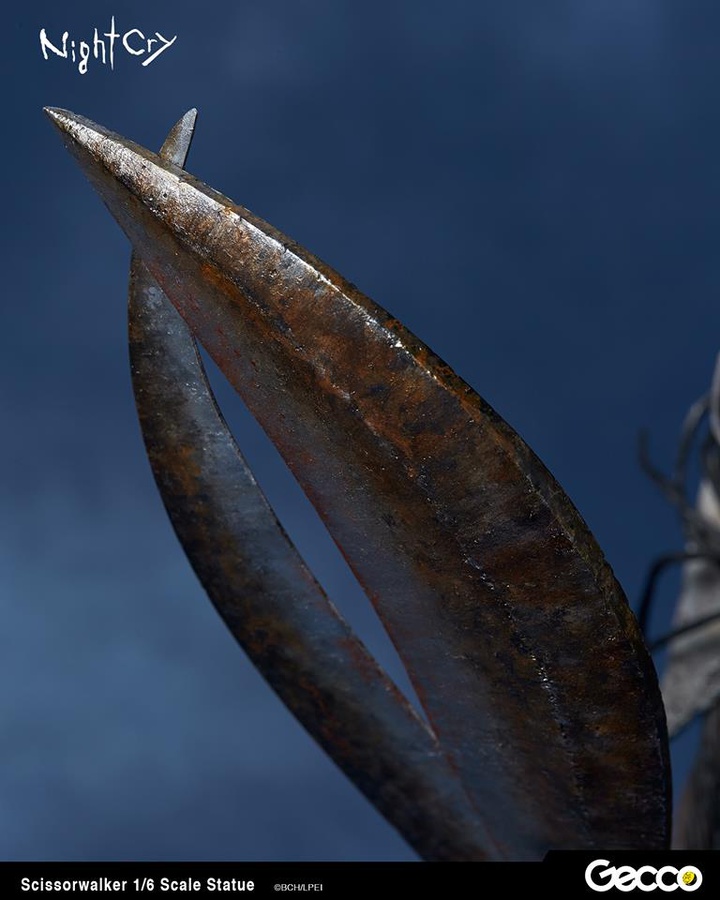 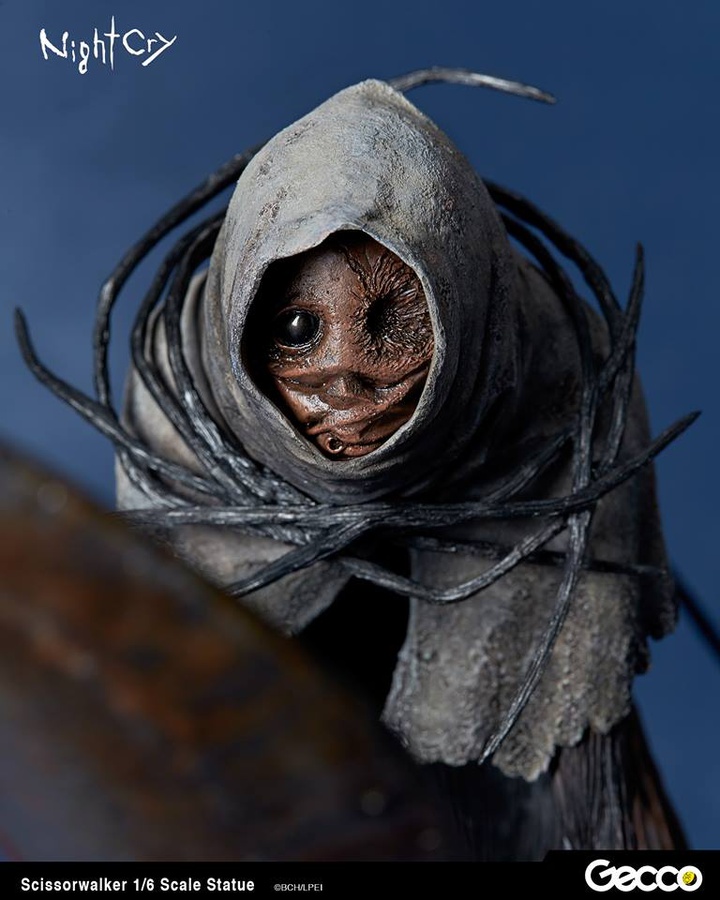 Gecco Corp IS proud to present the Scissorwalker Sixth Scale Statue. Scissorwalker, the brutal killer who stalks and terrifies players in the horror adventure game NightCry.

Both the sharp blade and heavy blunt edge of the giant scissors are faithfully sculpted, and the detailed bloodstain paint enhances the cruelty of the murder weapon used for cutting a human body in half in one attack!

The mysterious body surface appears like a mixture of hair and dirt with other fine details. The texture of the sinister decayed hood is realistically captured. The thin objects around the neck, which seem to be made of hardwood's skin is sculpted to give the impression of a hard material. The eye of the pitiless murderer is painted in a mysterious glossy black hue adding to the horrified look.

As the character is named, you will feel the deadly "walking" horror just like when you are playing the game.