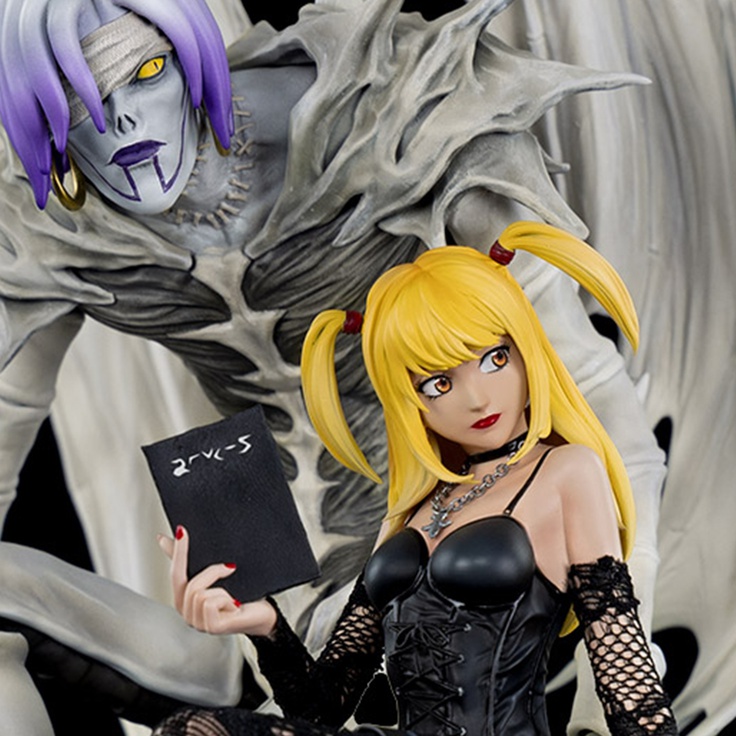 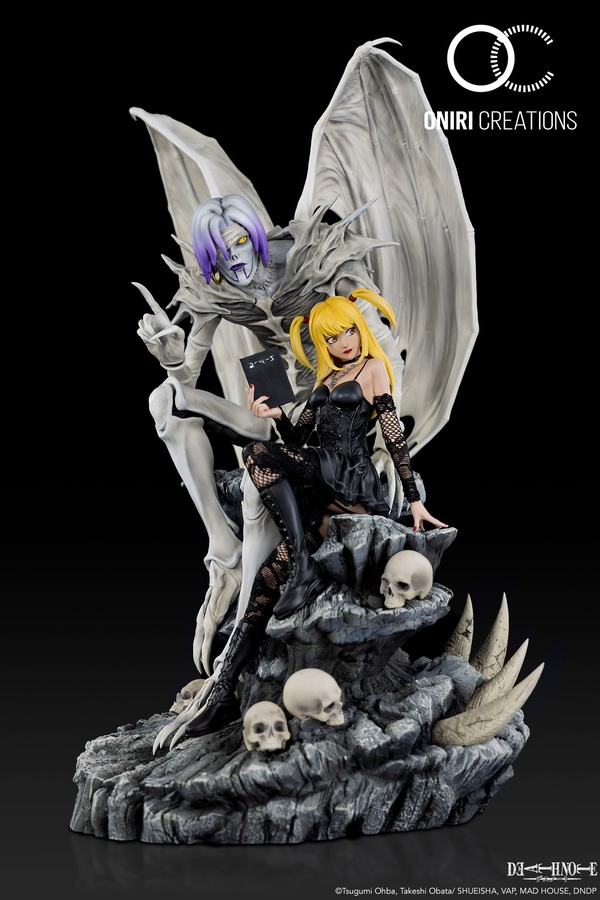 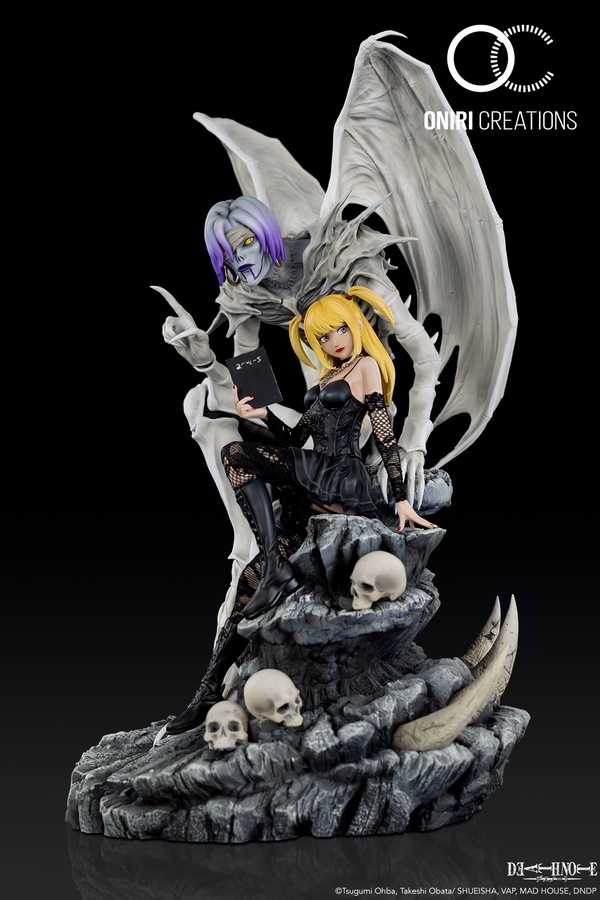 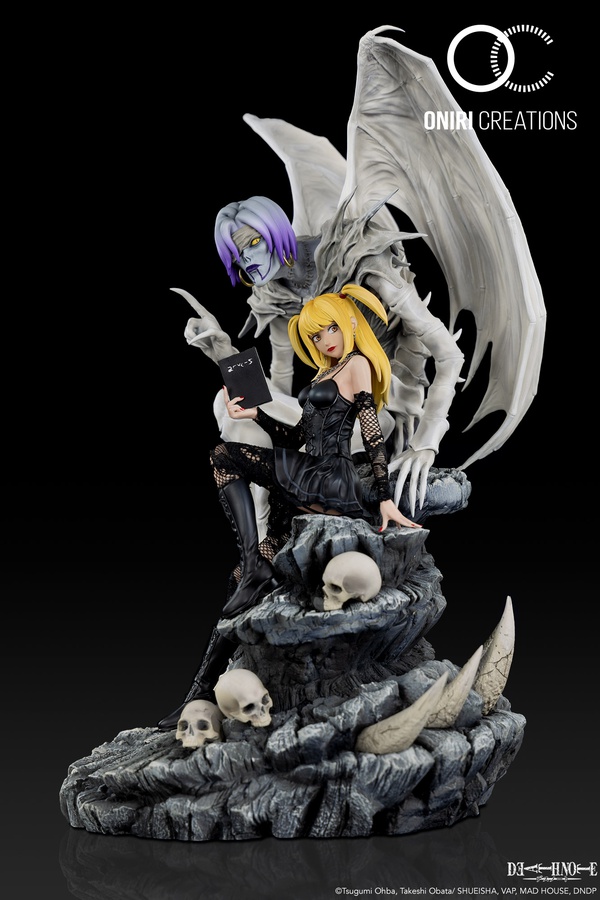 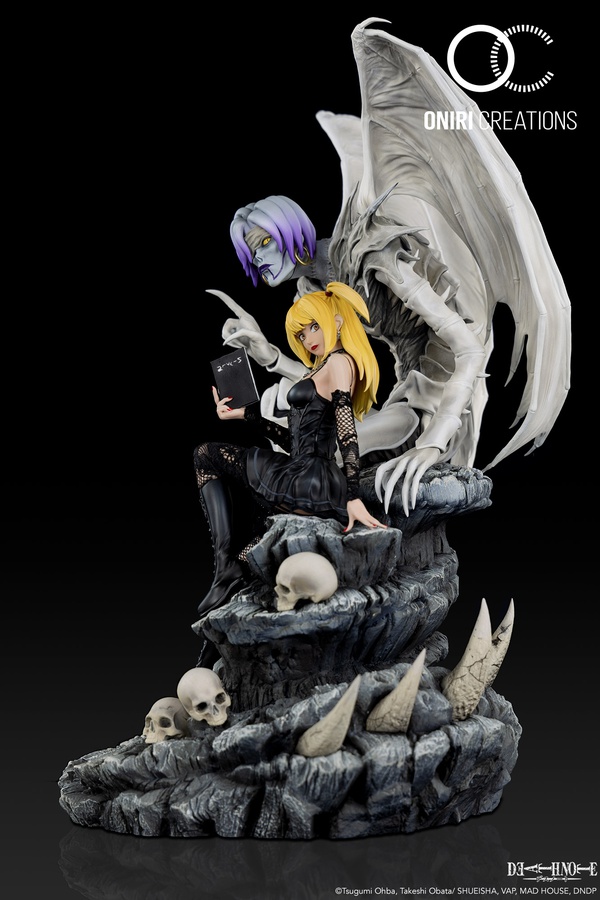 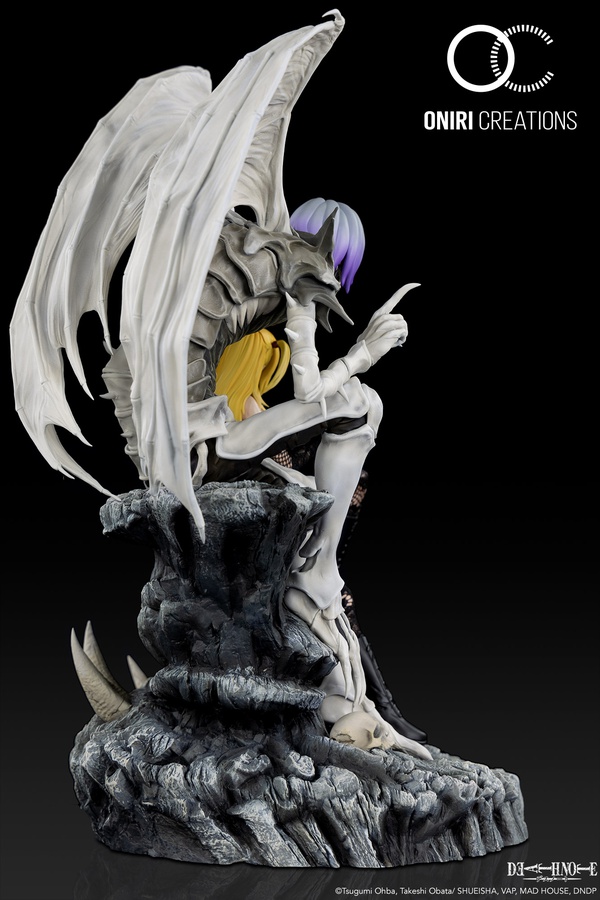 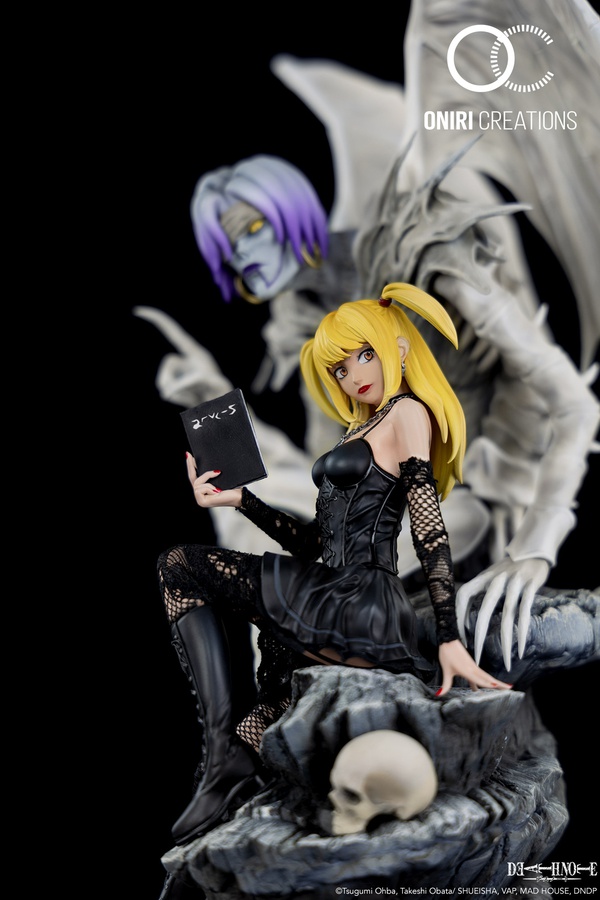 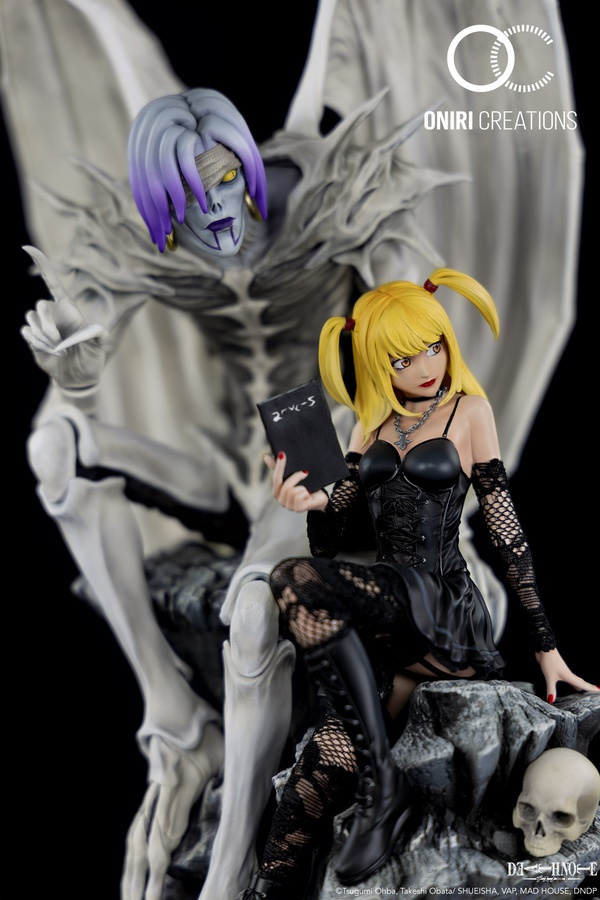 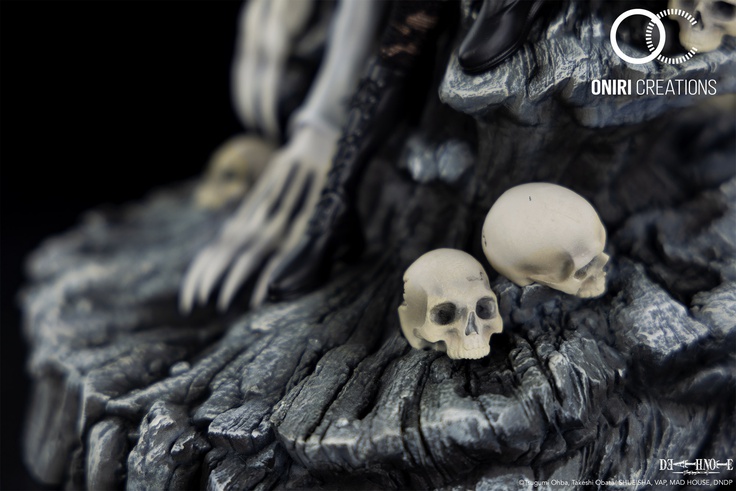 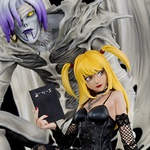 New iconic duo and third statue to complete our Death Note range, Misa Amane and her Shinigami, Rem. Made in 1/6th scale, the statue represents the two accomplices sitting one behind another with Rem watching over Misa.Limited to only 999 pieces worldwide, each statue comes with its certificate of authenticity.Description :

We find Misa Misa in a black "Gothic" outfit made of real tights and stockings (actual fabric on the statue) with Rem raising a finger at her side, perfectly symbolizing her role as advisor and protector for Misa.

Both stand on a base symbolizing the World of the Death Gods, reinforcing the dark side of the two characters and the statue. Perfectly modeled in 3D following the settei provided by the license holders, an equally particular care was taken in the painting. Whether we’re focusing on Misa's particular skin tone, or the shades of bluish gray and black on her outfit, the two characters seem to come straight out of the anime.

Rem is obviously not left out with many shades on her body, her face, but also the characteristic gradient of her hair.
The base representing the same environment as for Light & Ryuk, a similar treatment was applied for the colors. This diorama will undoubtedly be a centerpiece in any collection.