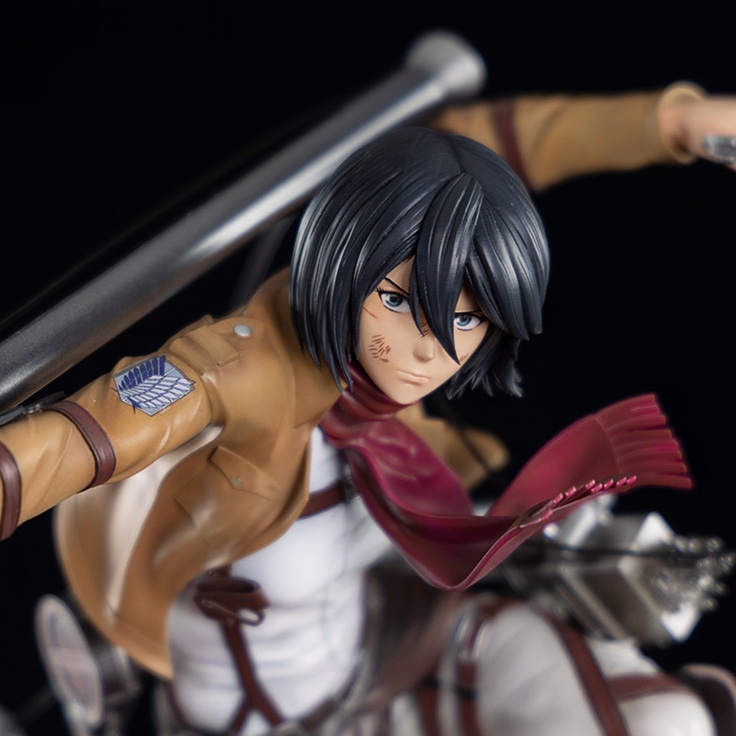 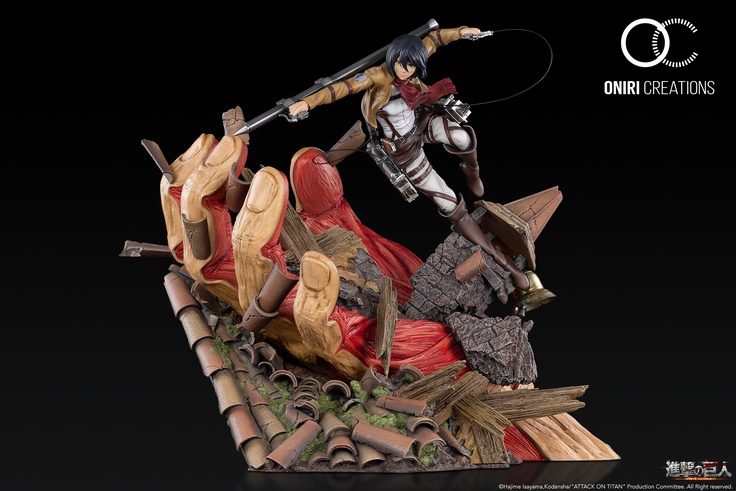 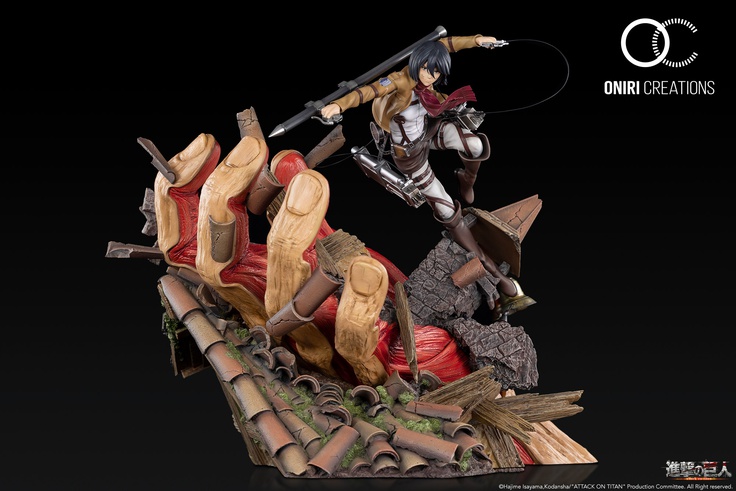 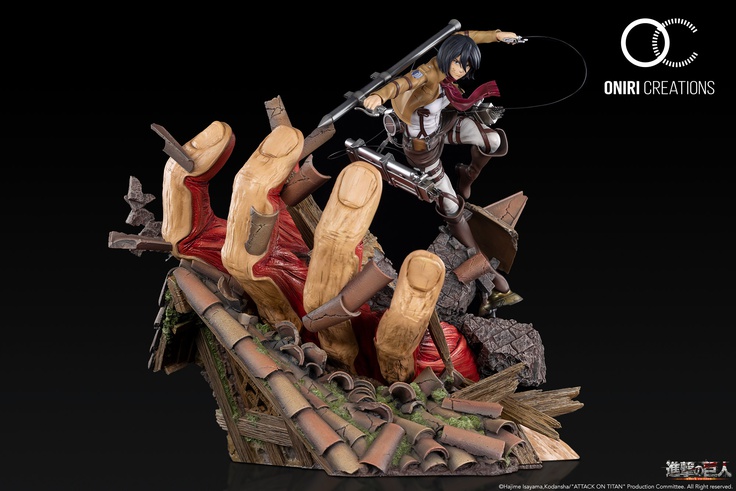 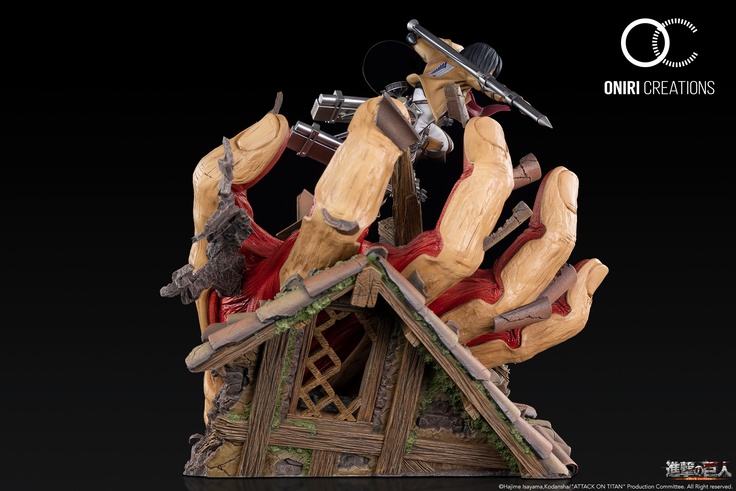 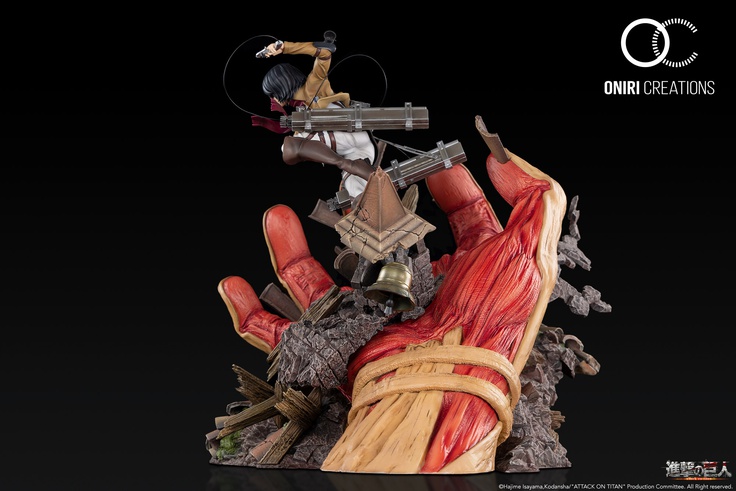 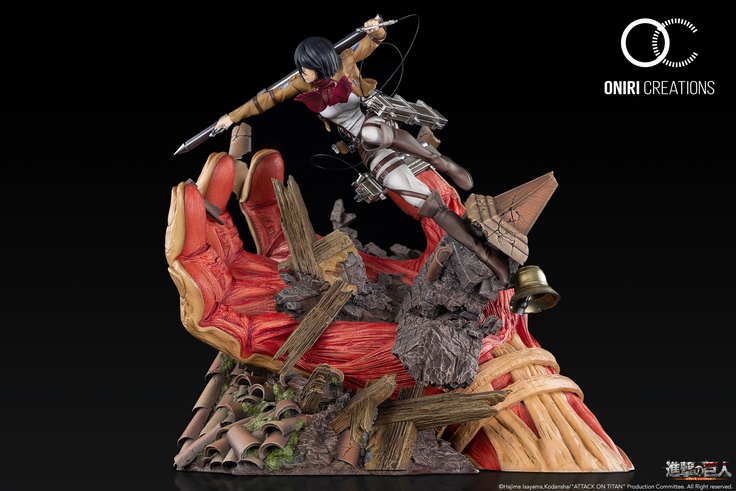 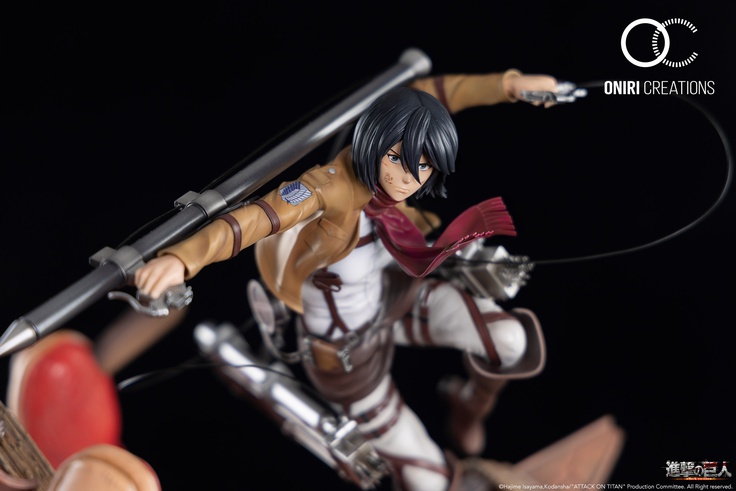 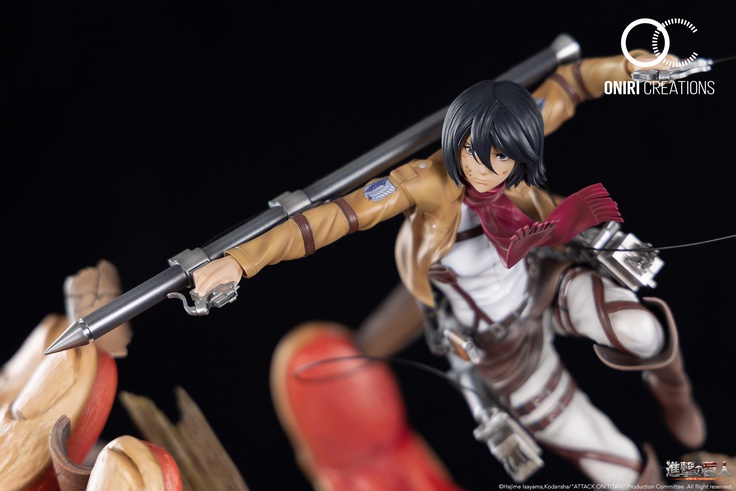 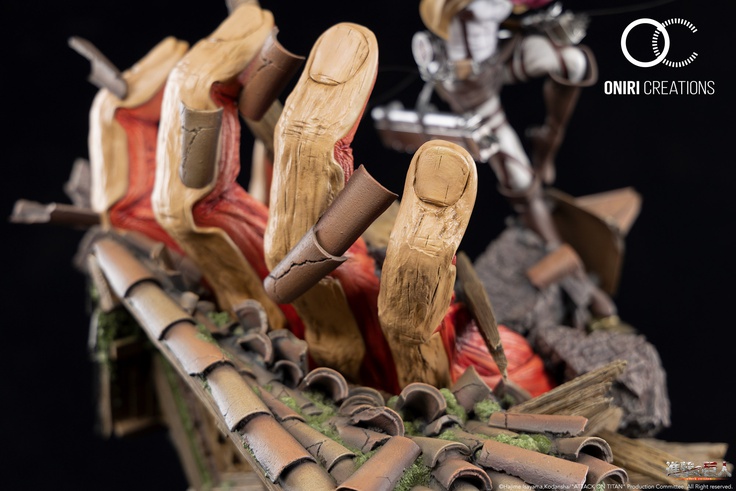 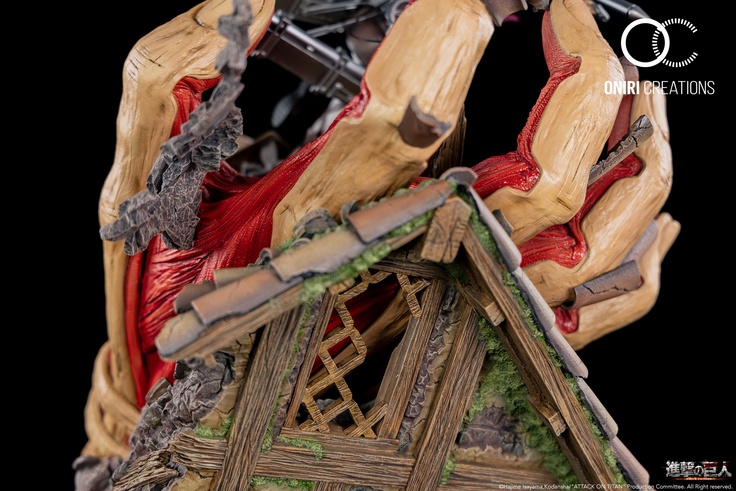 For our second statue from The Attack on Titan line, we have chosen to portray one of the most valiant fighters: Mikasa Ackerman!A member of the Survey Corps, Mikasa is featured during the Clash of the Titans Arc in one of the anime’s most iconic fights against Reiner, the terrifying Armored Titan.

Produced in 1/6th scale, the statue is limited to only 999 copies and will come with its certificate of authenticity.

For this fight, Mikasa sports a determined look and wears Eren's scarf around her neck. She is also equipped with the thunder spear which will prove to be extremely effective against Reiner.She hangs above the ruins of a house largely destroyed by the hand of the Titan who is in pursuit.Special attention was given to every minute detail and also to the representation of the house, whether in its architecture so characteristic of the anime but also in the carving of the wood and the painting of the bricks.The Titan's hand (over twice the size of an average human hand!) required several hours of sculpting work but also painting to make it a representation that is both realistic but also as faithful as possible to the anime.