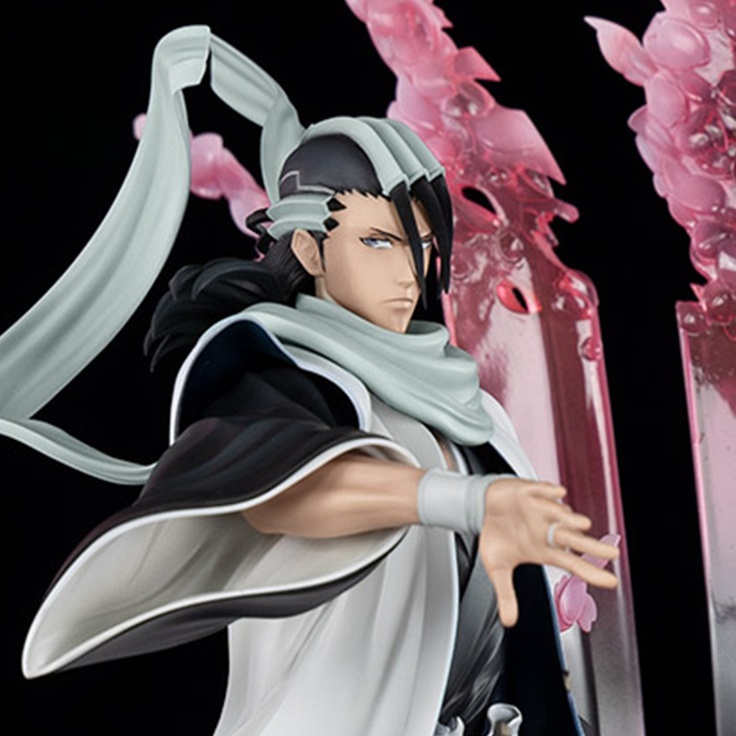 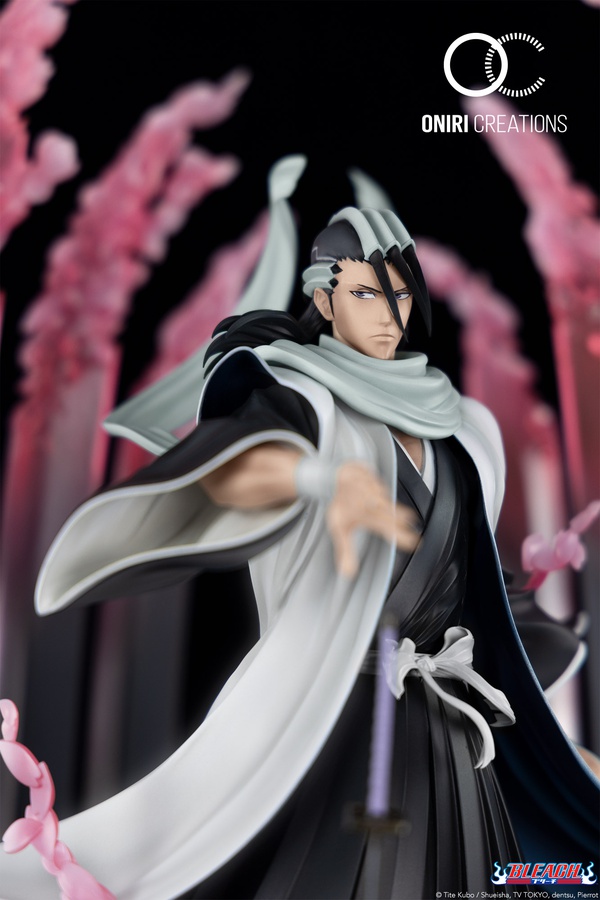 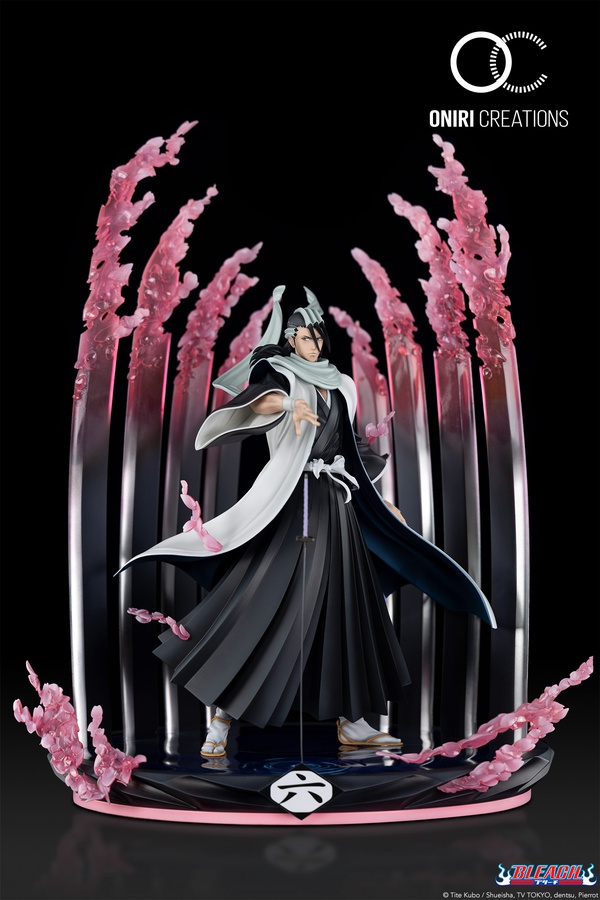 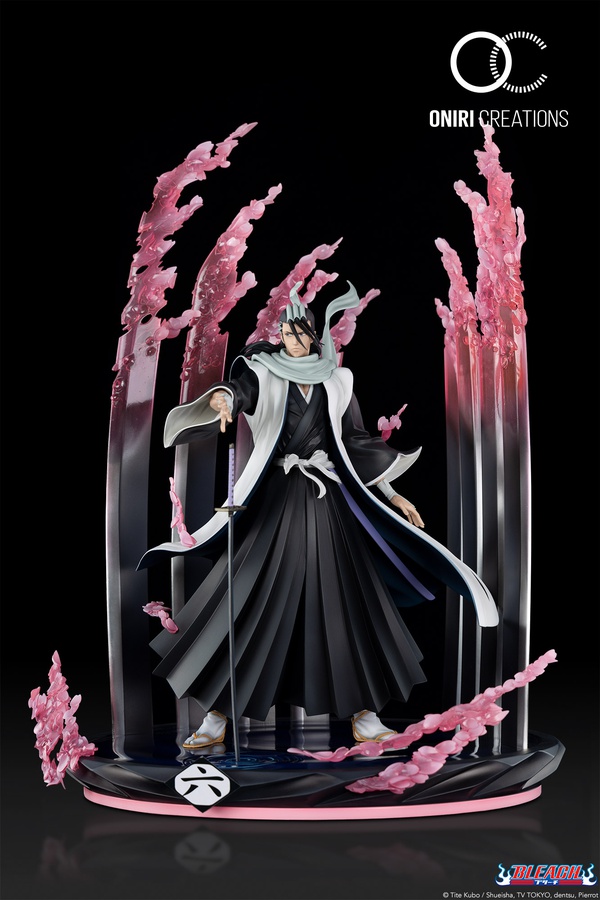 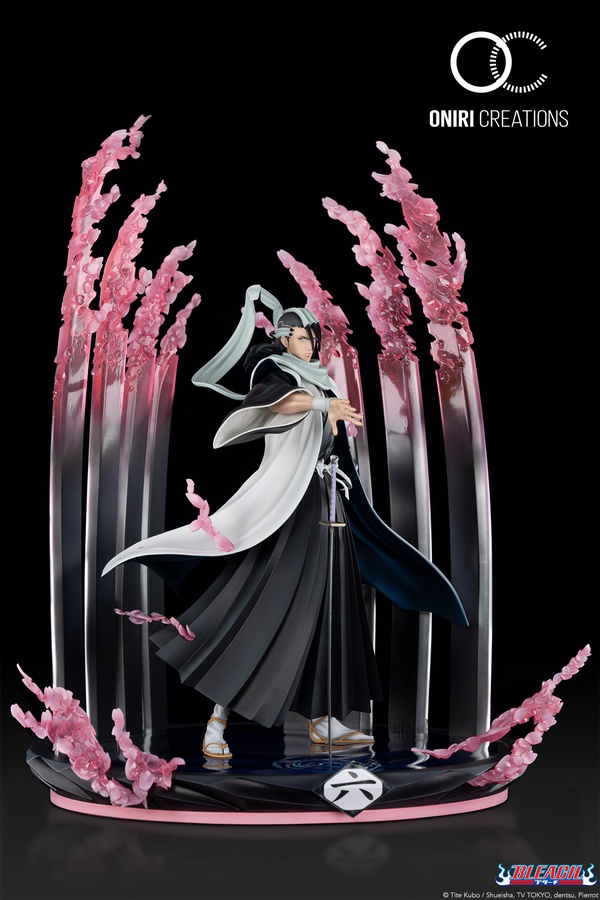 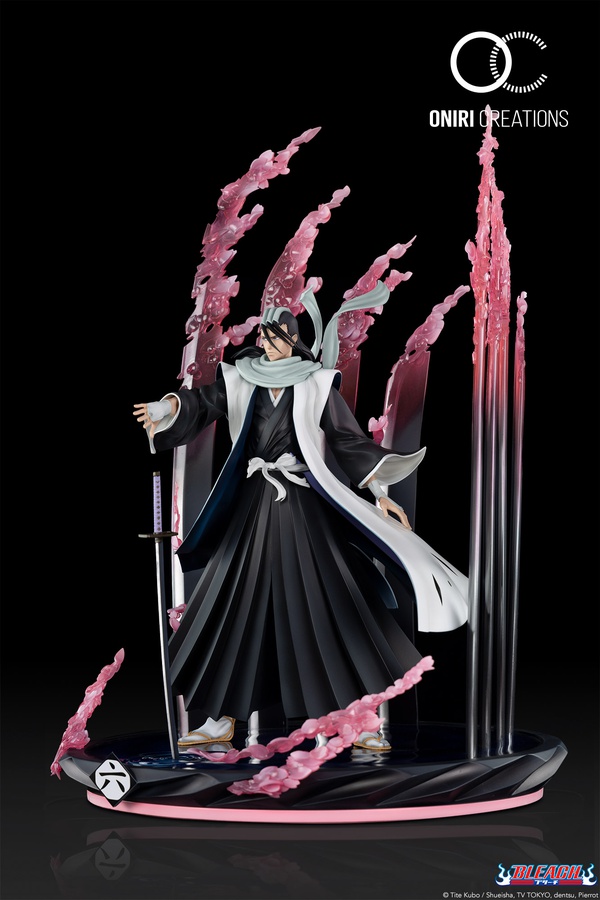 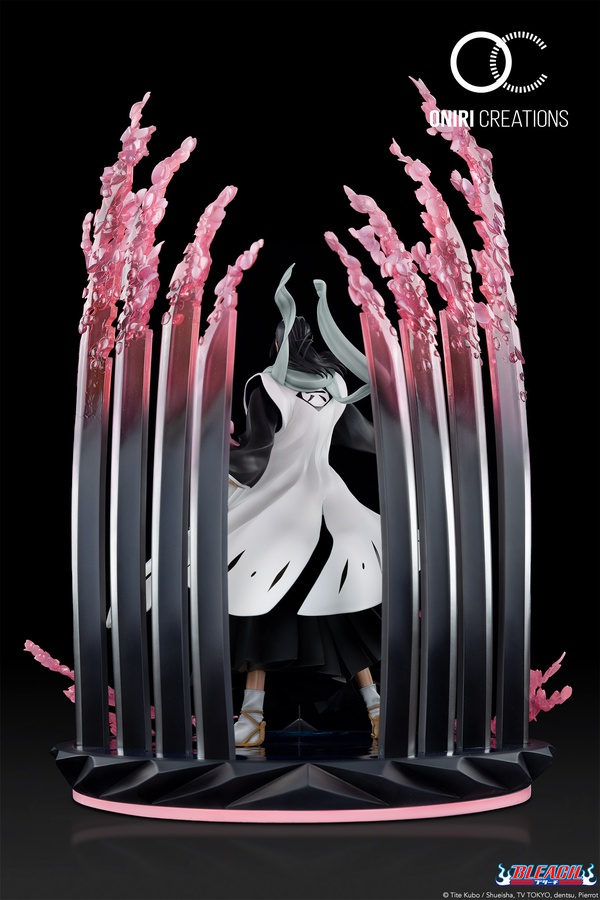 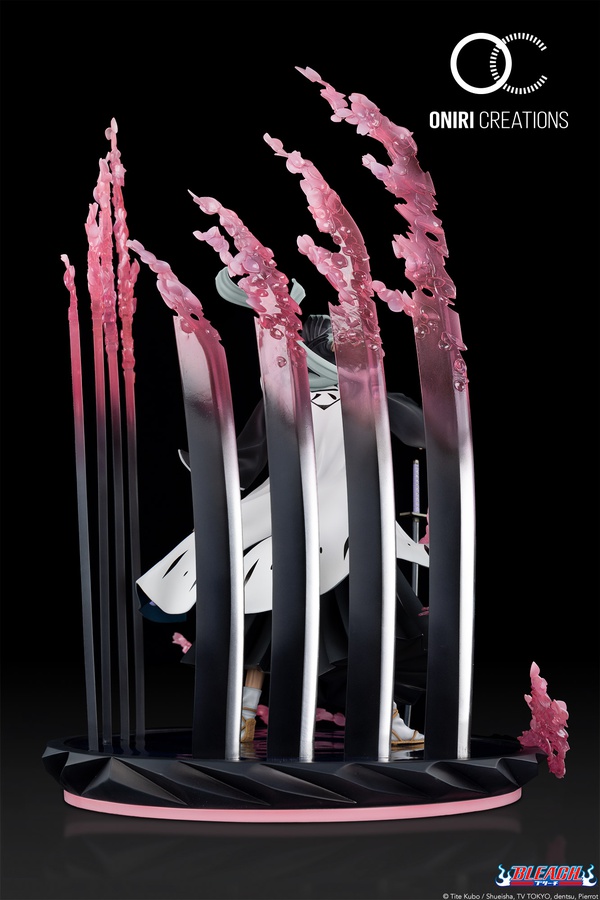 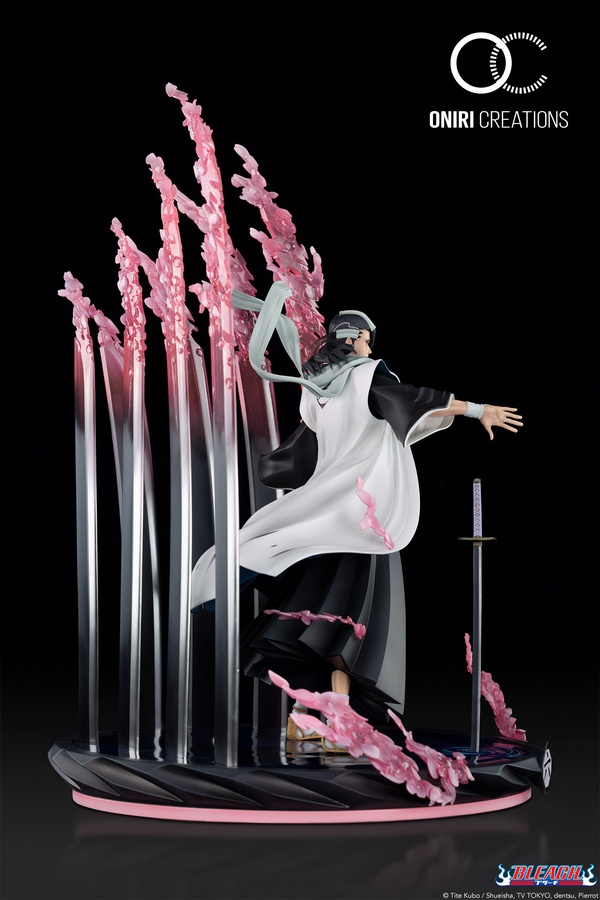 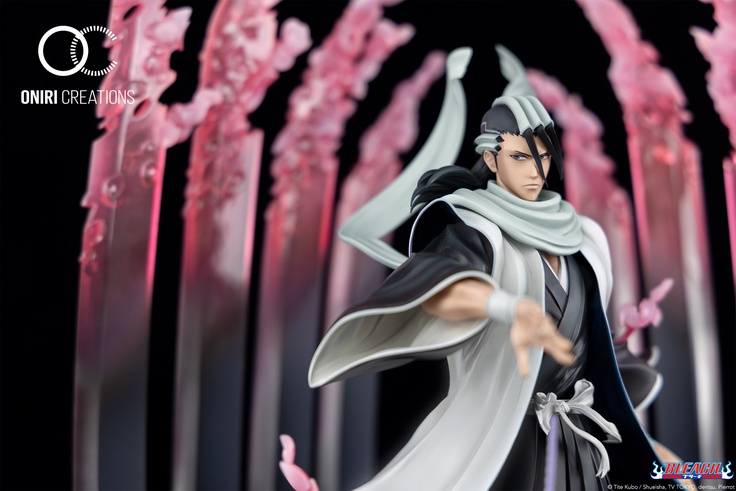 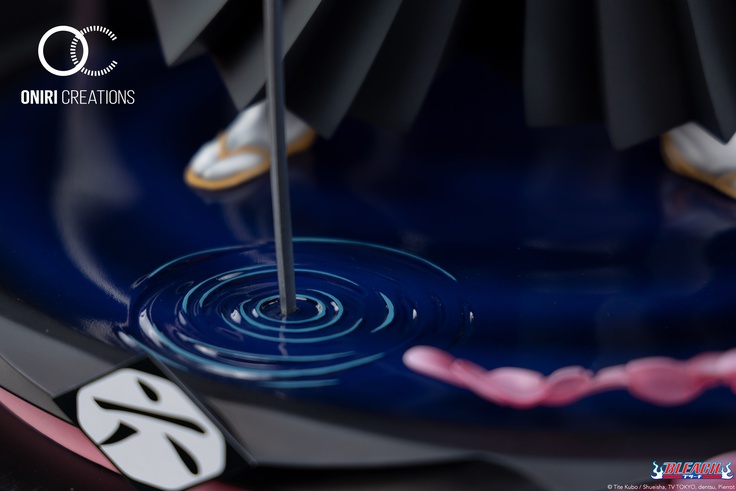 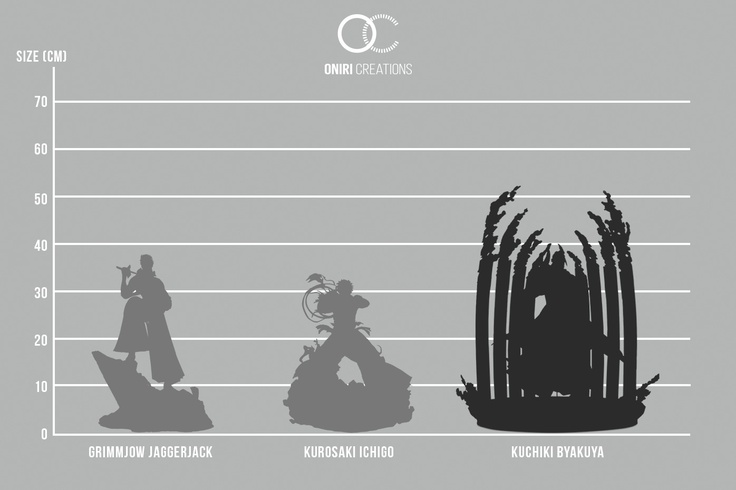 After Ichigo and the Arrancar that is Grimmjow, what could be more obvious than the addition of a Captain to complete our Bleach range.

For this third piece, we have chosen to represent one of the strongest characters of the anime, the charismatic Captain of the Sixth Division, Kuchiki Byakuya.

The statue, made in 1/6 scale, is limited to only 999 copies worldwide and comes with its certificate of authenticity.

Dressed in shihakushō, the standard Shinigami uniform, the last heir of the Kuchiki Clan is recognizable by these Kenseikan, symbols of nobility and his “Ginpakukazaharu” scarf passed down from generation to generation to all the chiefs of the clan. Represented during the execution of his Bankai, the powerful Senbonzakura Kageyoshi, Byakuya lets his Zanpakutō rush into the ground, making appear behind him two rows of swords (made of transparent resin) of pink color taking the appearance of flowers of Cherry tree. When triggered, the Bankai darkens everything around it and the base seems to ripple like a drop of water.Finally, a bottom base with the division logo in its center has been added under the statue and it will be used for all the Captains of the range. 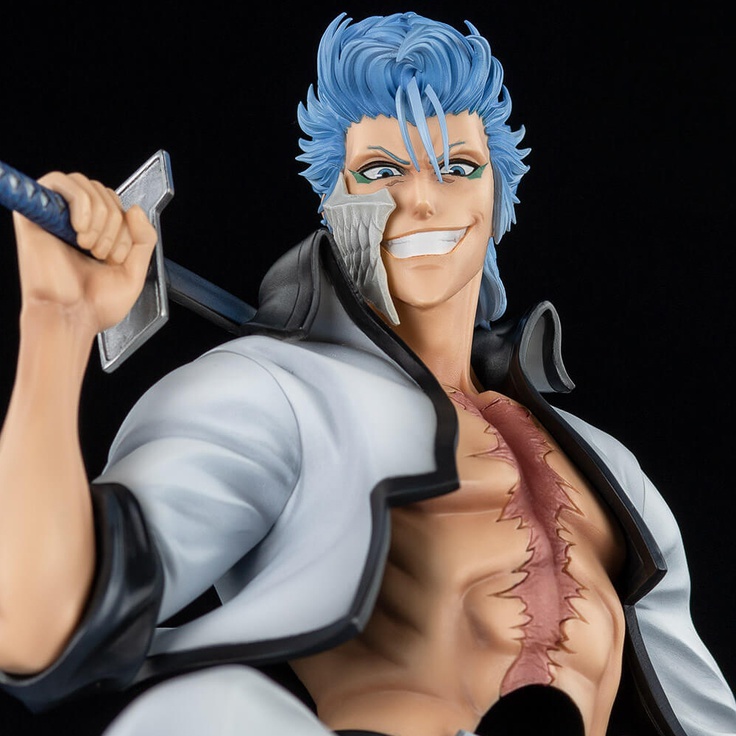 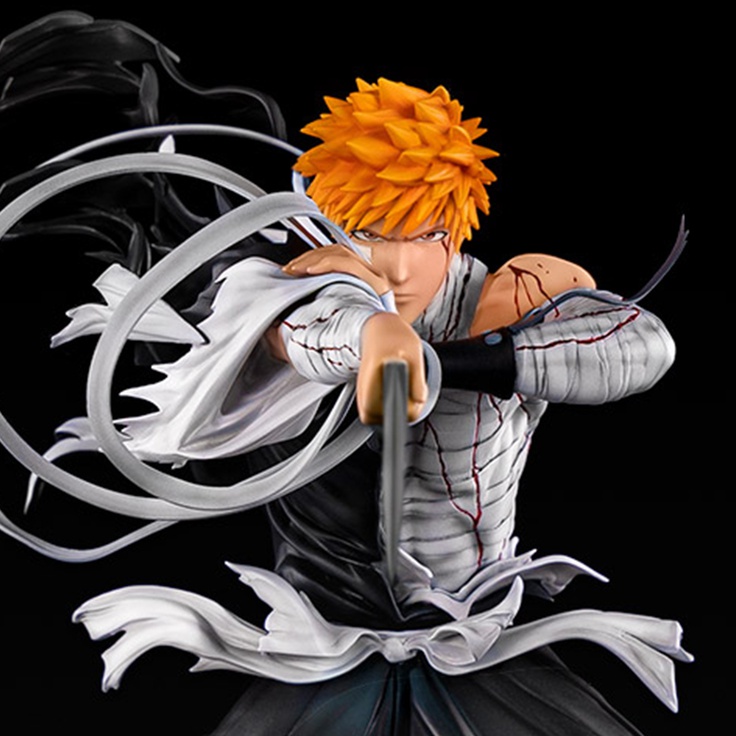 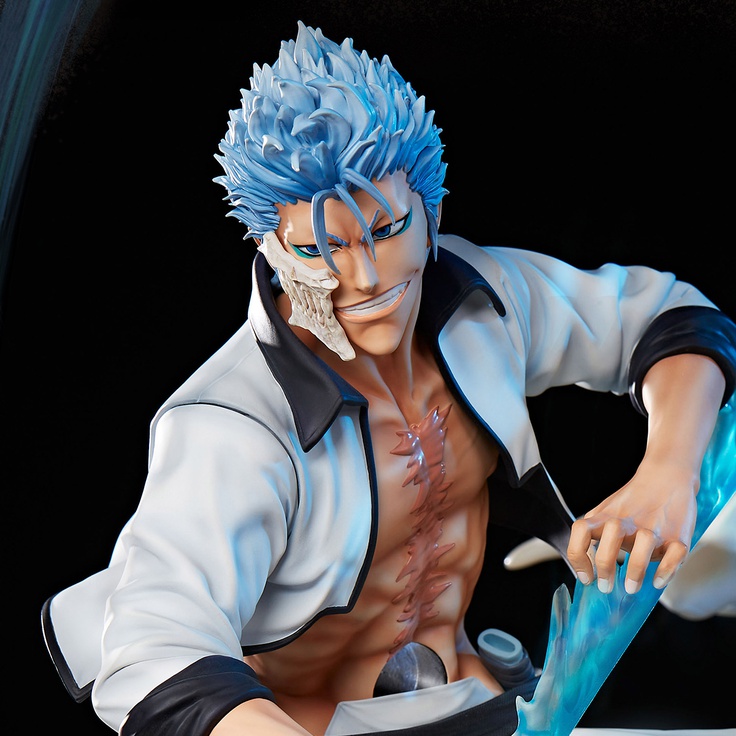