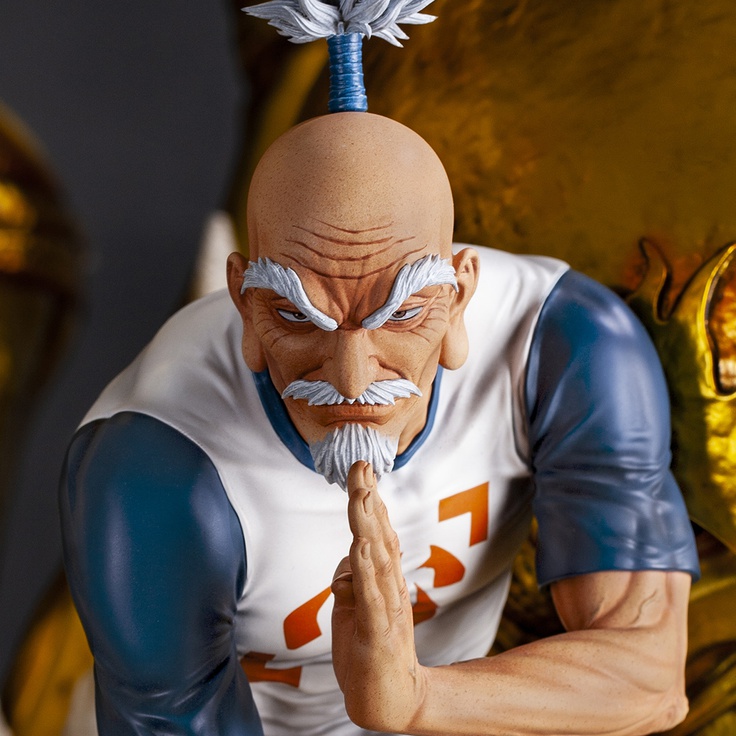 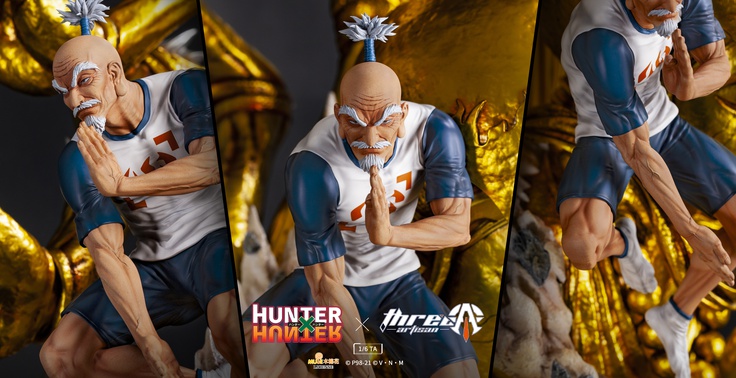 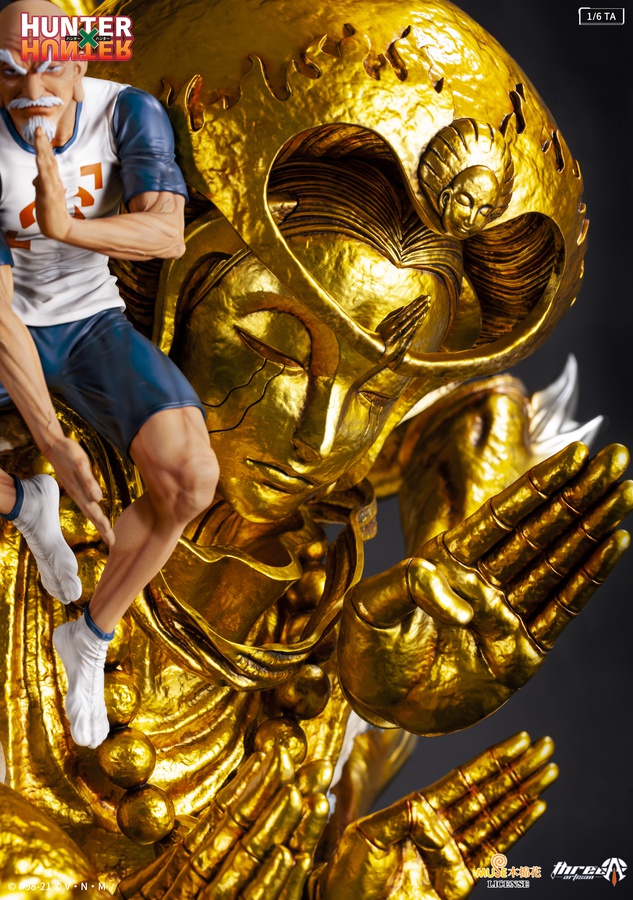 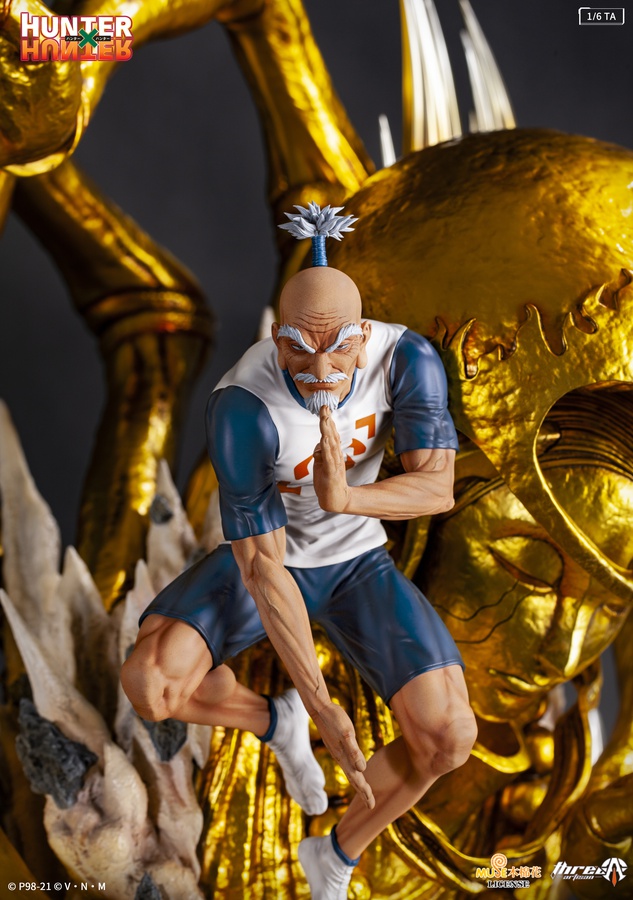 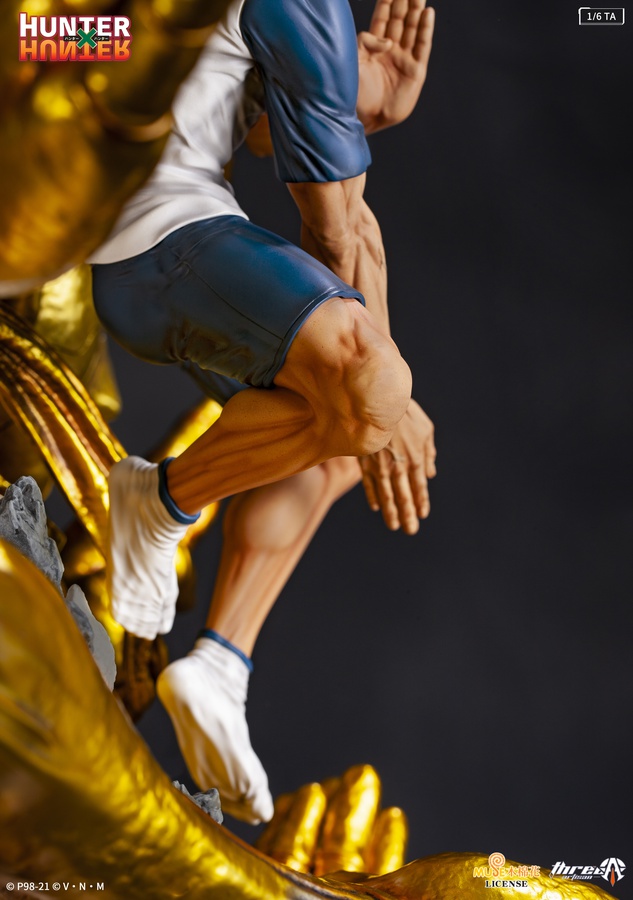 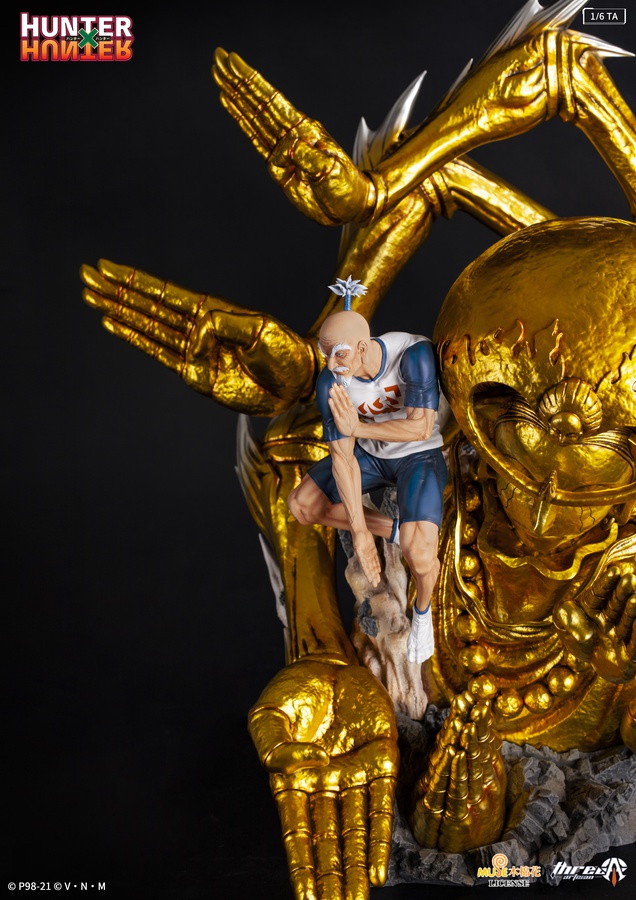 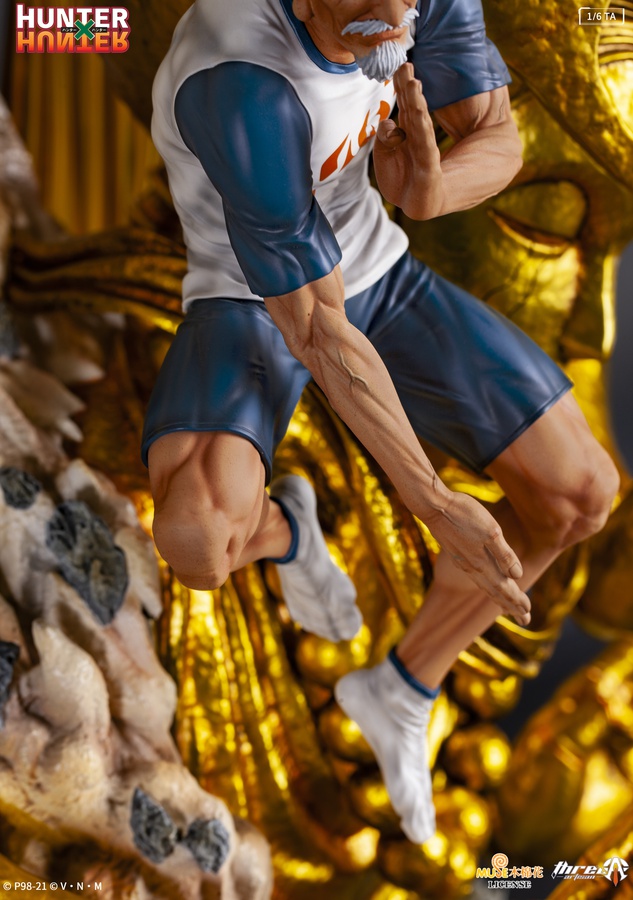 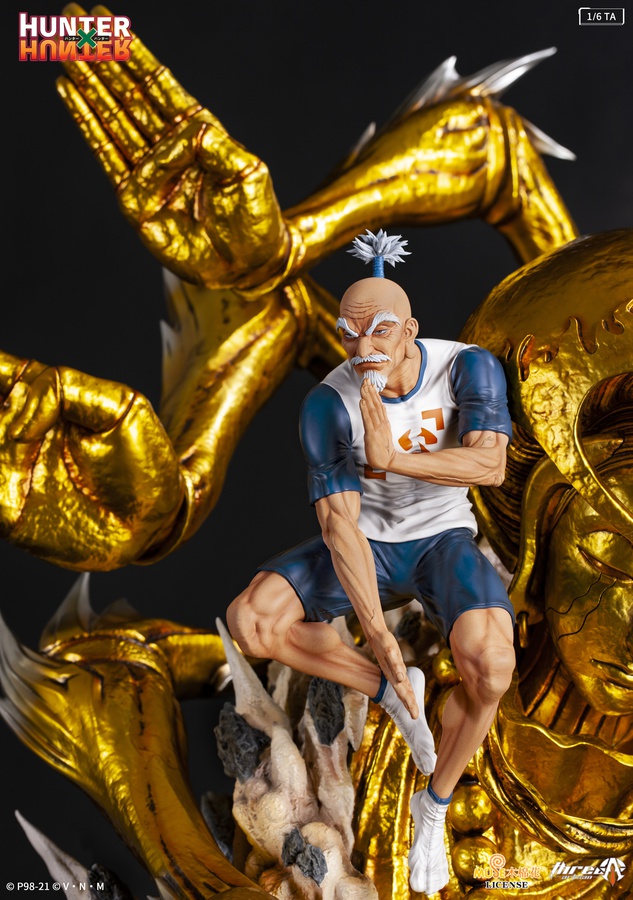 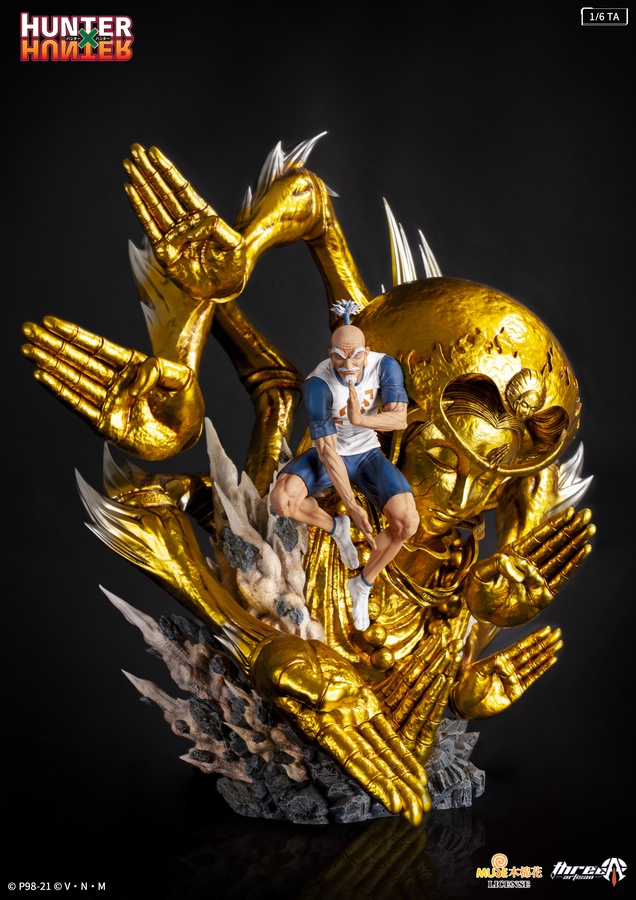 Isaac Netero (アイザック゠ネテロ, Aizakku Netero) was the 12th Chairman of the Hunter Association and the Head of the Exam Commission. In his youth, he was extolled as the most powerful Nen user in the world, and retained dreadful strength even in his old age.

Isaac Netero appeared to be a helpless old man, but was surprisingly fit and muscular for his age. He had a ponytail, a thick beard, and stretched earlobes with two piercings in both ears. Netero was commonly seen wearing a traditional man's kimono and pair of geta with one ha (tooth).

During the Chimera Ant arc, he changed his appearance for his upcoming fight with Meruem by trimming his beard, mustache, and ponytail. When in combat, Netero preferred to wear a t-shirt with the Japanese kanji character for the word "heart/mind", 「心」(kokoro), printed on the front and track shorts.

Some of his physical characteristics are similar to those of buddhas and their buddharupas in Buddhist art, like large protruding ears, exaggerated eyebrows that curve upward, half-closed eyes, thin lips and a hair bun that points to the top, and even the mustache.

During his expedition within the Dark Continent in his youth, he was shown to have long spiky hair.

Netero was energetic, playful to the point of being mischievous, and, at times, seemingly absentminded. Although he was capable of acting professionally when called to intervene as Chairman of the Hunter Association, on all other occasions, he proved himself to be so extravagant he was sometimes called insane. There were clear discrepancies between his words and his thoughts during the 287th Hunter Exam. However, he was a true martial artist who was nothing but earnest during fights. He enjoyed challenges, and was thrilled by the prospect of a formidable enemy. This strange passion affected the way in which he governed the Hunter Association, frequently testing the physical limits of those attempting to become Hunters. Biscuit Krueger even called Netero a "twisted individual", as he often enjoyed giving Hunters he trusted impossible assignments, sometimes with deadlines of only a few months, that should take years to complete. He himself liked challenges, to the point he wanted his Vice-Chairman to be someone he just could not get along with. He apparently made a name for himself as a lustful man in the Hunter Association, since many Hunters left risqué magazines under his effigy as a tribute. Additionally, he gave a quick glance at Menchi's cleavage during the 287th Hunter Exam.

Netero had dedicated his life to the martial arts and prayer, intended as a form of appreciation. He displayed a great deal of pride in his own abilities and had no respect for the weak. However, he was not arrogant, as he presented the possibility of Gon threatening him without saying the boy would stand no chance against him. His goal in life was to find a worthy adversary against whom he could fight with his all. His strength of mind and selflessness were beyond unwavering, and he did not hesitate to end his own life in a last attempt to kill Meruem.

Despite his tendency to act as he pleased, Netero was not amoral. He banned expeditions to the Dark Continent as a consequence of Hunters trying to imitate him and dying, and in spite of his fondness for challenges, he preferred to avoid fighting both Neferpitou and Meruem hoping to end the conflict with the fewest casualties. Nonetheless, in certain occasions he prioritized results over sacrifices: he was willing to let as many as five million people die if that ensured the end of the Chimera Ant kingdom. 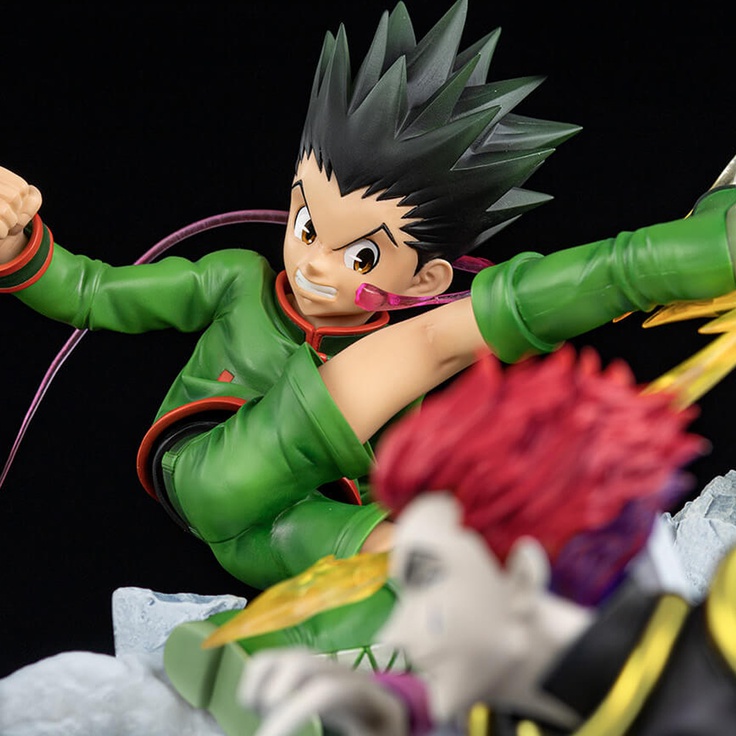 GON VS HISOKA – BATTLE AT THE HEAVENS ARENA