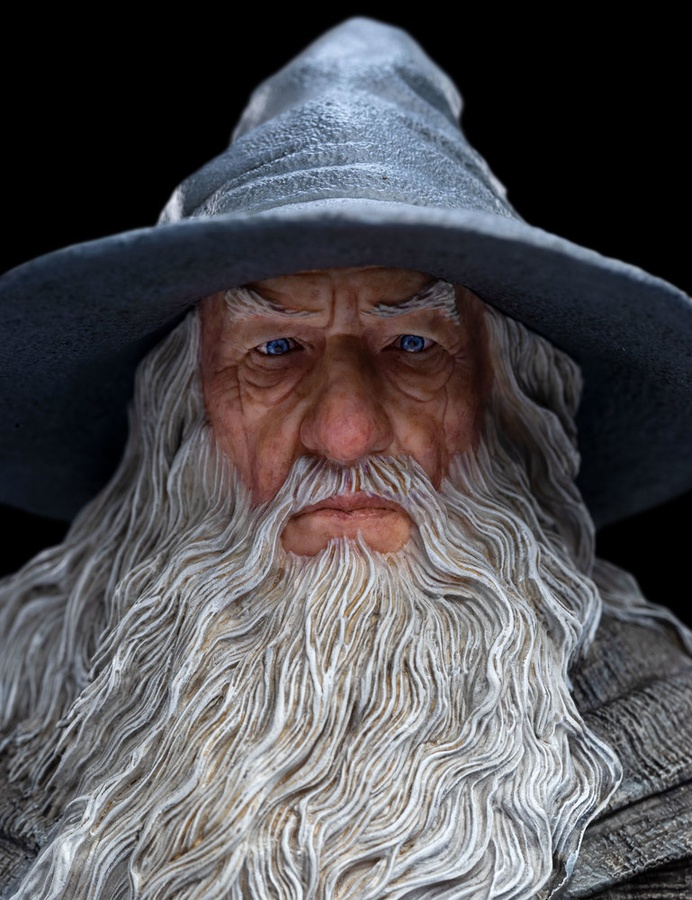 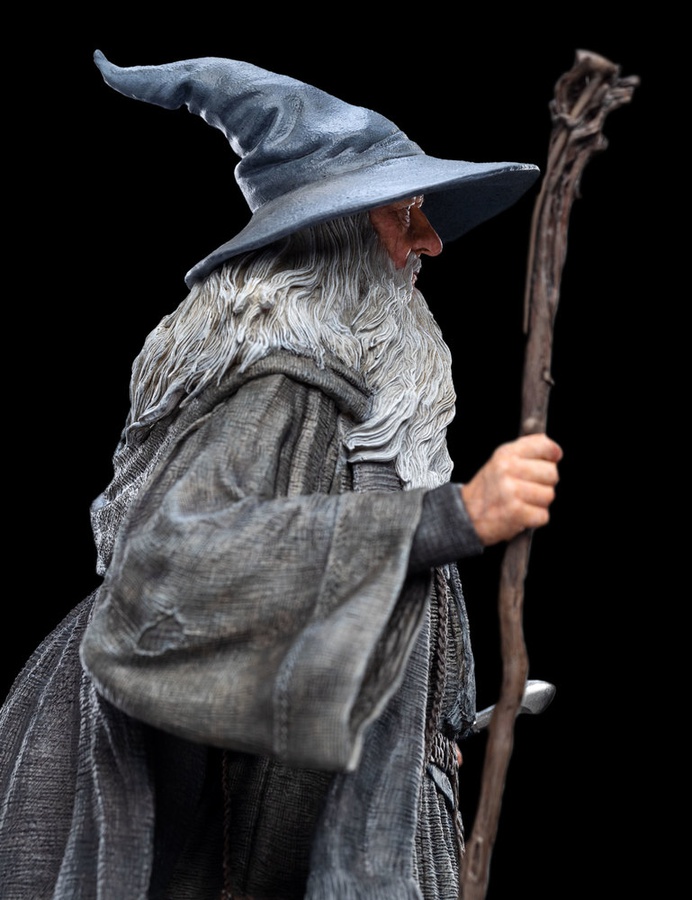 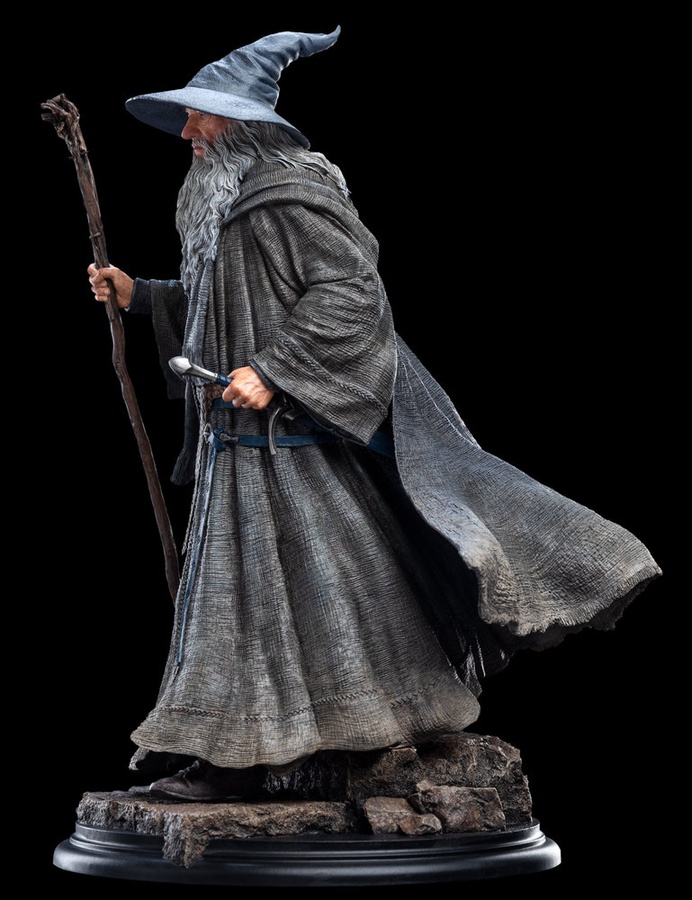 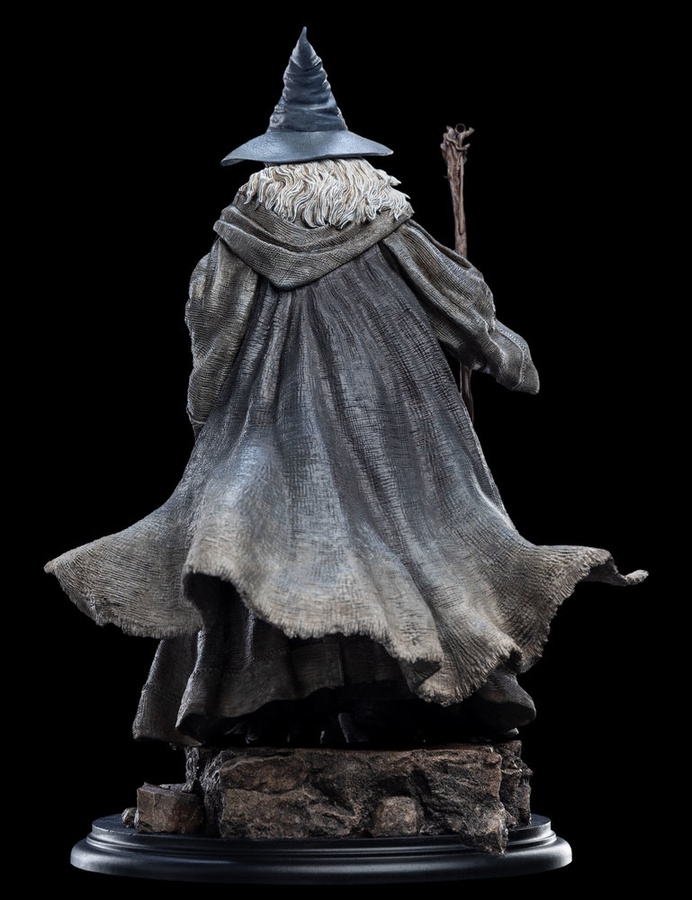 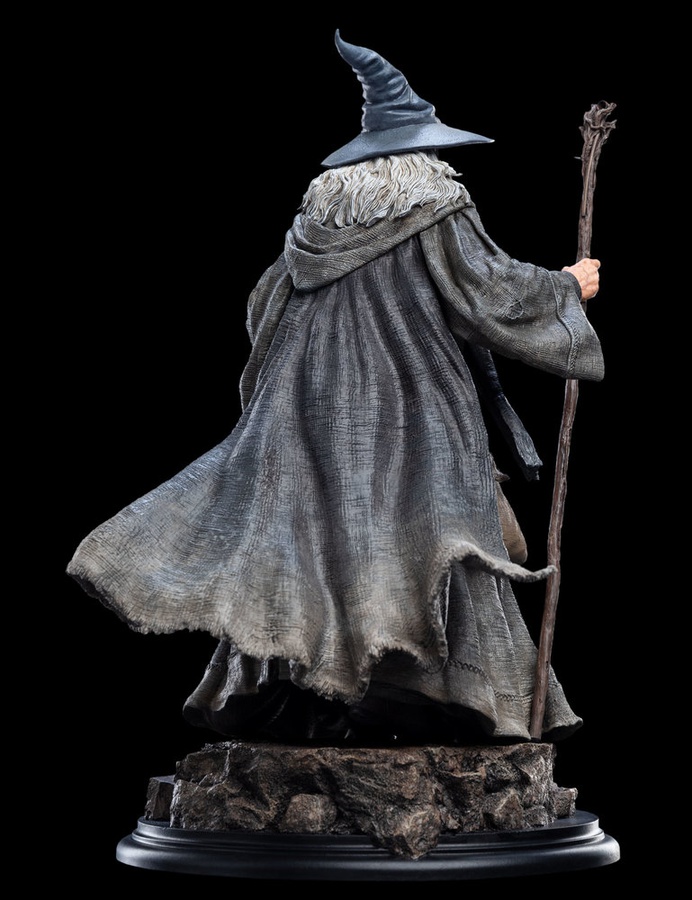 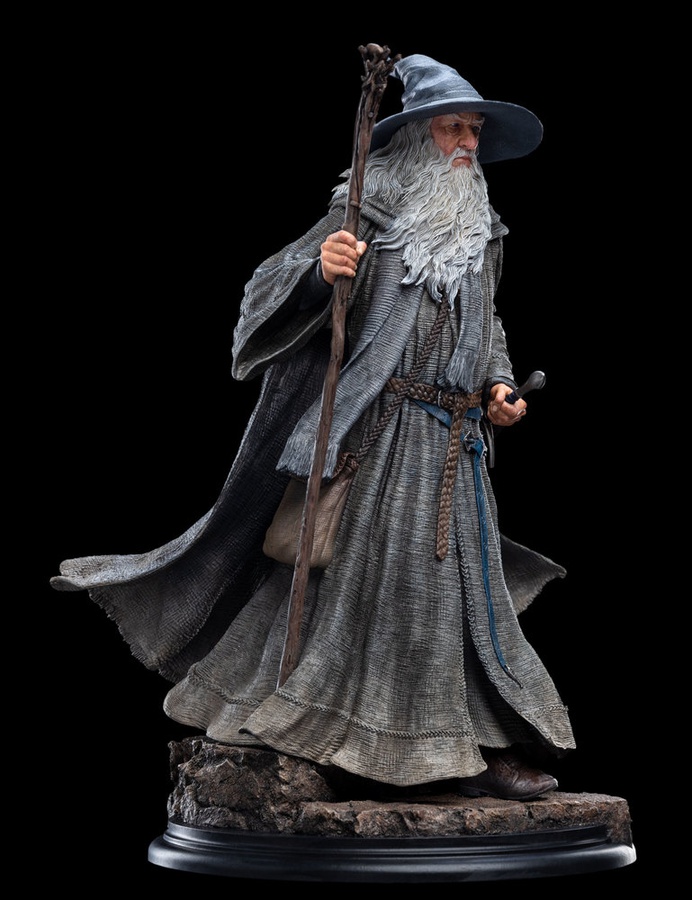 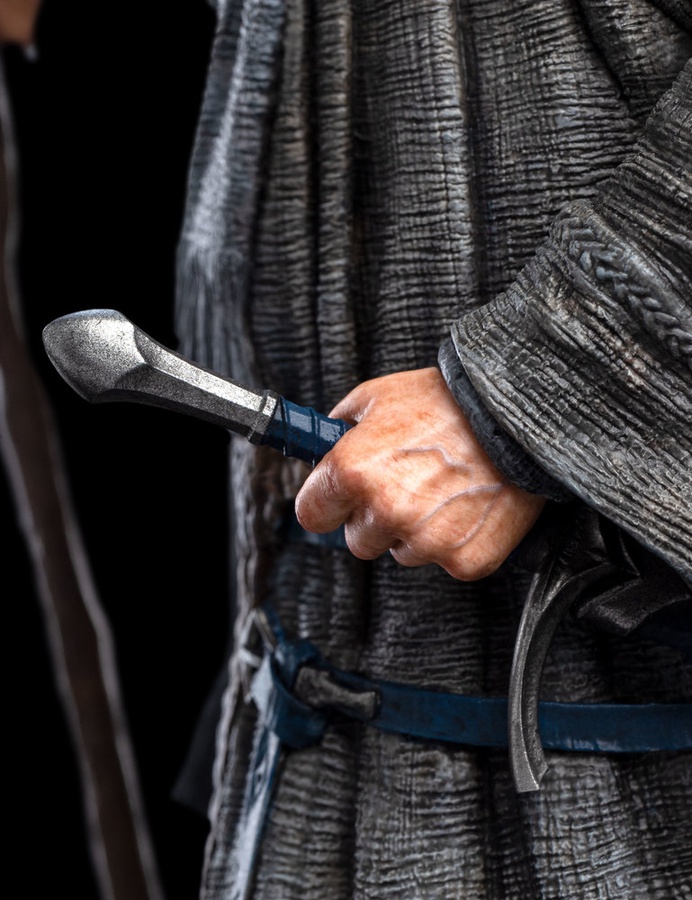 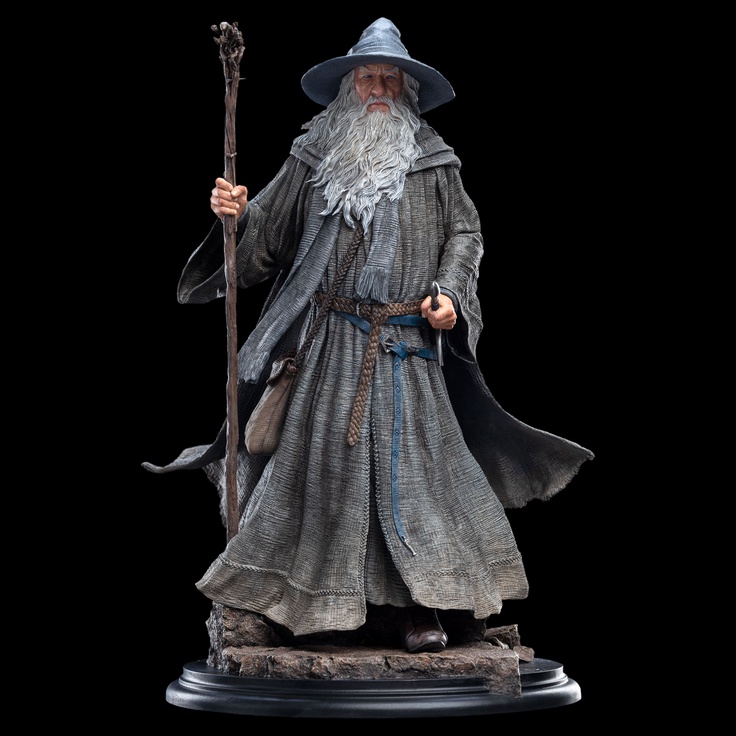 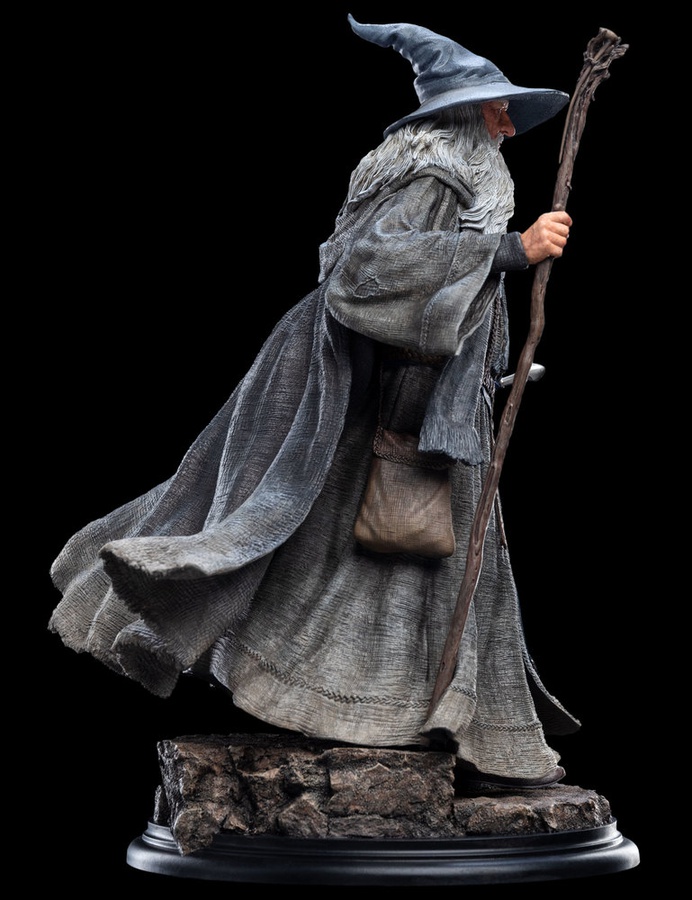 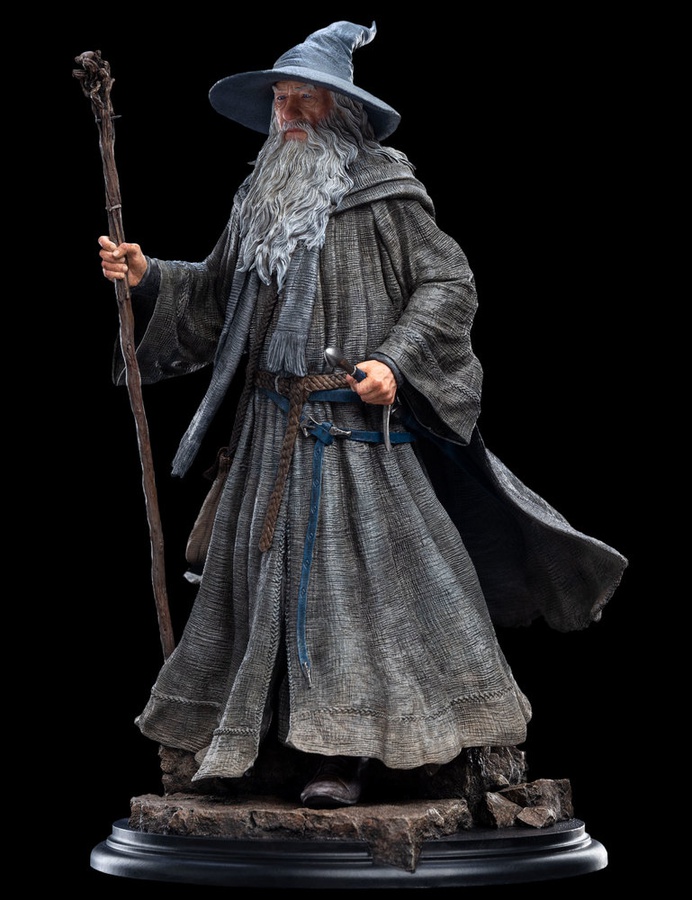 n ancient being from across the western seas, at the end of the Third Age of Middle-earth Gandalf the Grey was a guide and friend to the Hobbit Frodo Baggins in his quest.

Though he travelled in the wild under many names and appeared to most as little more than a ragged old man beneath a wide-brimmed hat, Gandalf’s shabby guise hid a power that only the wisest truly knew and few could match.

As the leader of the Fellowship of the Ring, the Wizard was wise and far-sighted, brave and selfless. Gandalf it was who first uncovered the true nature of the One Ring. Though he was doubted by many and resisted by others, Gandalf worked tirelessly to counsel and marshal the free peoples of the world against Sauron’s imminent return.

There are so many classic Gandalf moments, it was almost impossible to choose. But choose we did. Sculpted by our resident “Gandalf Master,” Steven Saunders, Gandalf the Grey Pilgrim walks down the steps of Minas Tirith. Collect this highly detailed polystone figure solo or as a companion piece to Ringwraith of Mordor.

Made from high-quality polystone

Created in celebration of the LOTR 20th Anniversary 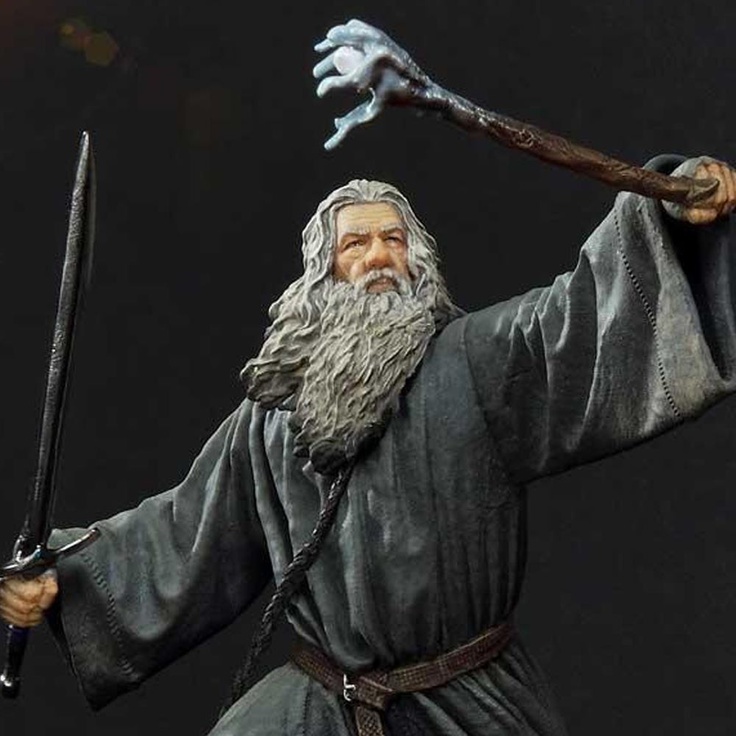 GALADRIEL™ OF THE WHITE COUNCIL