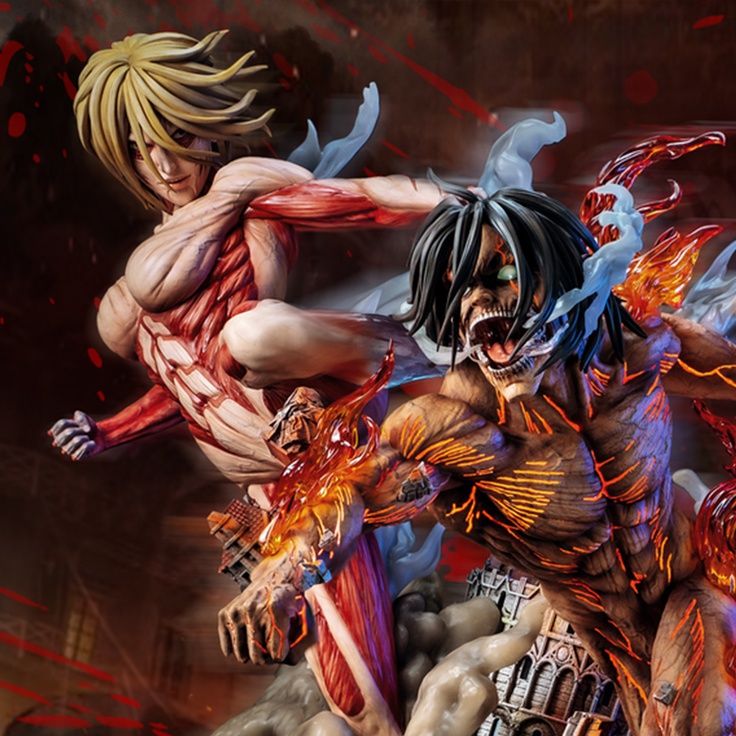 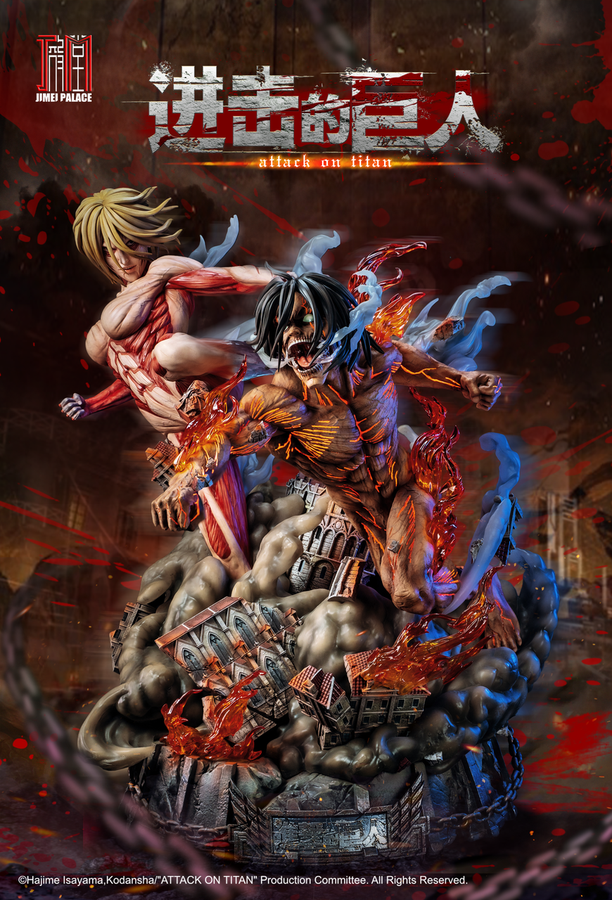 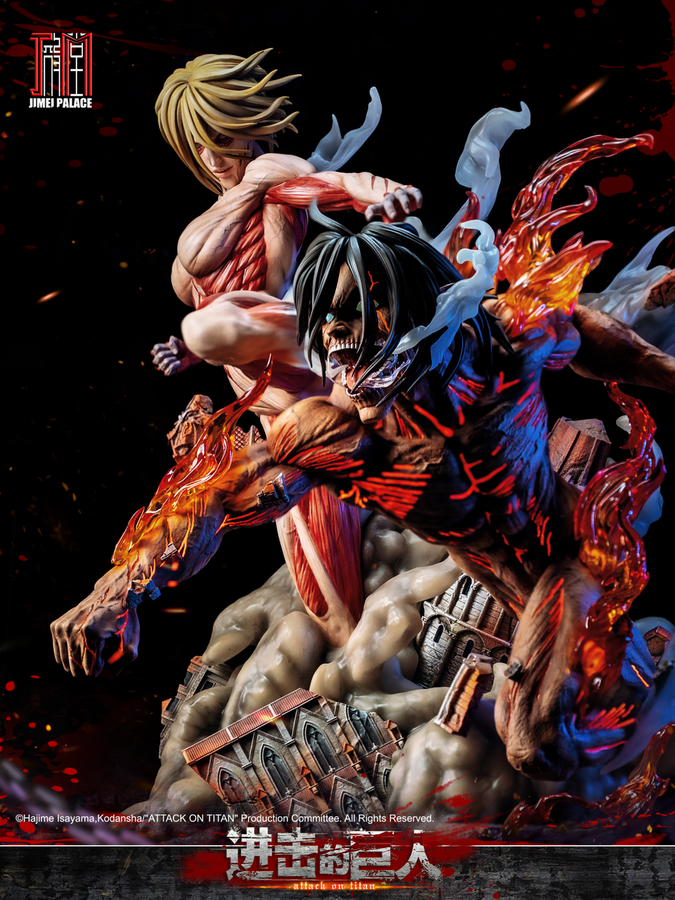 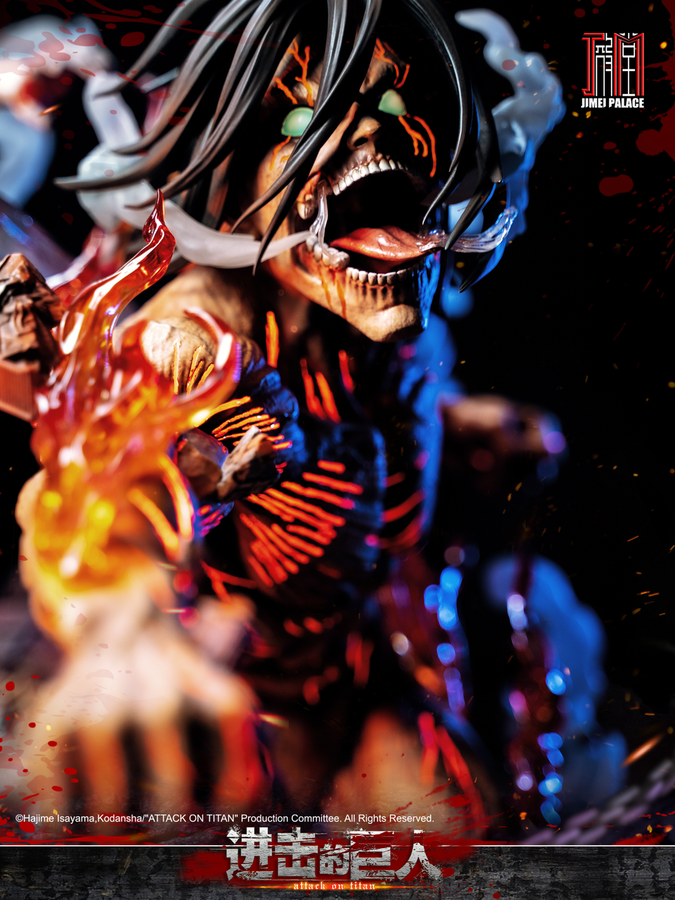 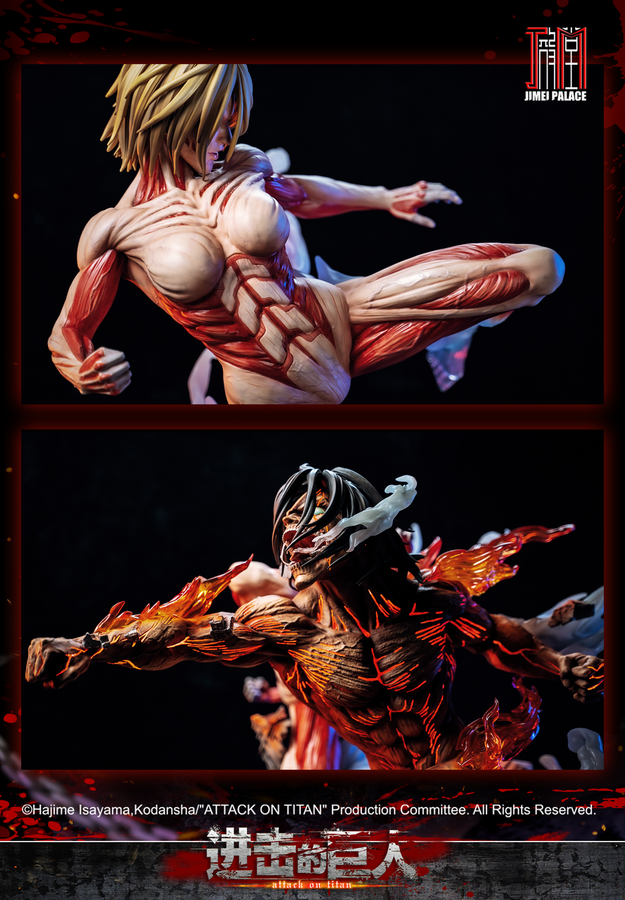 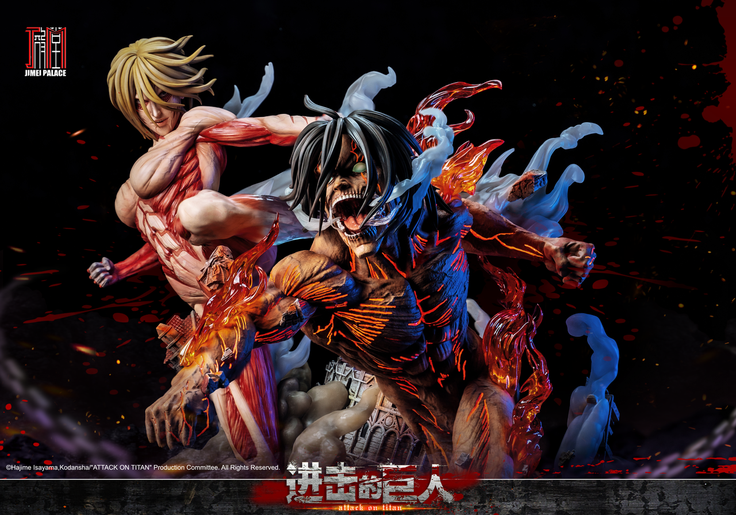 THE PRICE WILL CHANGE AFTER THE ITEMS ARRIVED

After Levi's squad is defeated when Eren fails to use his Titan form, they regroup and disassociate from the Military Police. Eventually, they realize Annie Leonhart is the Female Titan and Eren and Annie fight. Capturing this intense battle where property and townsfolk are destroyed is Jimei Palacework's Female Titan vs Eren Titan.

Jimei Palace first unveiled the unpainted prototype of their upcoming Attack on Titan statue that is inspired by the most pivotal fight in The Female Titan arc that sees the Female Titan taking on Eren Yeager in his Attack Titan form at Wonder Festival 2021. And now, the statue is hitting sites for preorder. For those of you who aren't aware, Jimei Palace is a licensed statue studio.

On the statue, we seethe Female Titan sending the Attack Titan flying with her signature kick and she is displayed in a pose that shows off her martial arts prowess. Part of her leg is cast in clear resin to make it look as if she has hardened that part of her leg. Another feature of this statue are the LEDs, which are outfitted through the Attack Titan's body.